HH the Emir Directs to Increase Percentage of Non-Qatari Ownership 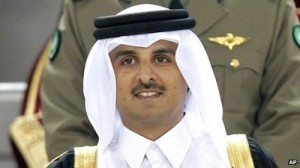 HH the Emir Sheikh Tamim bin Hamad Al-Thani who is also President of the Supreme Council For Economic Affairs and Investment (SCEAI) has given HH instructions to raise the percentage of non-Qatari ownership in companies listed in Qatar Stock Exchange (QSE).
HE Minister of Finance Ali Sharif Al-Emadi , who is also the SCEAI’s Secretary general said that the rise of the proportion of non-Qatari ownership in companies listed on the QSE will be in accordance with the effective legal procedures as following: 1) The equality of the GCC citizens with their Qatari counterparts as regards their possession of shares of companies listed in QSE.
2) The Non-Qatari citizens who are not members of the GCC may possess shares of the companies listed in QSE and by a percentage not exceeding 49%, and this will be up to the desire of each company through amending its statute.
3) The proportion of non-Qatari ownership, which was referred to in the previous item, in shares of companies traded in the Qatar Exchange, shall be calculated of the total capital of each company and not of its non-tradable shares.
4) The Ministry of Economy and Commerce and Qatar Financial Markets Authority (QFMA) will immediately take the necessary measures to put this directives into effect.