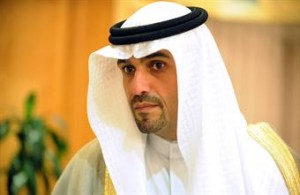 Finance Minister Anas Al-Saleh arrived here on Wednesday to head Kuwait’s delegation at the Standing Committee for Economic and Commercial Cooperation of the Organisation of Islamic Cooperation (COMCEC) meeting.
Turkish President Recep Tayyip Erdogan is set to honour several personalities from member countries, including Kuwait’s former Finance Minister Mustafa Al-Shemali and Ministry of Finance official Ishaq Abdulkarim at an event held marking COMCEC’s 30-year anniversary.
The current session is set to discuss several important matters like the outcomes of the meetings of economic experts and the results of the 10-point working plan of the Organisation of Islamic Cooperation (OIC), the minister told KUNA upon arrival.
The session will also discuss recent economic developments on the global scale, and their impacts on Islamic nations in particular, and the role of the International Islamic Trade Finance Corporation in raising the level of commercial exchange between member states to 20 percent by 2015.
Another topic on the agenda will be the role of public-private partnerships in developing the tourism sector, he added.
Receiving the minister was Dean of the Diplomatic Corps, Kuwait’s Ambassador to Turkey Abdullah Al-Thuwaikh and the General Consulate in Istanbul Sheikh Fahad Salem Al-Sabah, among other Kuwaiti diplomats.