Emirates to begin services to Brussels 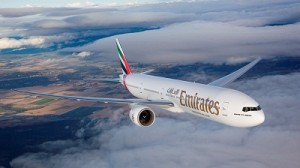 Emirates Airline announced today that it will launch a new daily service to Brussels, Belgium, from 5th September 2014. Hosting the European Commission, the European Council and over 120 other international organisations, Brussels is a key decision making centre and home to thousands of international diplomats and civil servants. Emirates’ new service will add to the city’s global connectivity and contribute to further stimulating the country’s economic growth.

Brussels will be Emirates’ 147th destination, closely following the launch of flights to Oslo, Norway, on 2nd September. The non-stop service will be operated by a Boeing 777 in a three-class configuration. Emirates will be the first international airline to offer a First Class product from Brussels to the Middle East and Asia offering customers an unrivalled travel experience.

“As the centre of European politics and a hub of economic activity, Brussels is already an important offline market for Emirates. Our research has shown that there is high demand for this route from across our network, from both the business and public sector, as well as leisure travellers. Belgium operates an open and private enterprise-based economy and we expect this new service to further boost bilateral trade and commerce between the U.A.E. and Belgium, which currently sits at around 4 billion Euros per year,” said Sir Tim Clark, President, Emirates Airline.

Drawing around 7.5 million tourists each year, Belgium is also home to 11 UNESCO World Heritage sites. In tandem with the country’s growing tourism segment, Emirates expects strong passenger traffic into Brussels on the route from Dubai and also an increased tourism demand for Belgium from large markets on Emirates’ network such as Australia, New Zealand, Japan, the Philippines and Korea which currently lack direct passenger flights to Belgium.

“Brussels complements our existing European destinations and with our new flight, customers will now be able to fly direct from Brussels to Dubai, and onwards to key cities in the Far East, Australia, South Asia, the Middle East and South Africa,” added Clark.

A multi-modal hub, Brussels International Airport has its own railway station allowing quick and frequent travel options linking it to all major cities in Belgium as well as the major industrial centres of Europe.

Ranked as one of the world’s top 20 trading nations, Belgium is a key cargo hub with exports accounting for a significant percentage of the country’s GDP. Key export commodities, which Emirates SkyCargo expects to transport, include pharmaceuticals, automotive spare parts, chocolates, machinery and equipment and electronics. Imported air freight is also expected to be considerable.

The U.A.E. is home to over 30 Belgian companies and over 3,000 Belgian residents. Emirates currently has over 160 Belgian nationals working in various roles across the company.

Brussels will be the eighth new destination from Emirates this calendar year, following the earlier launches of Kiev, Taipei and Boston as well as Abuja and Kano launching on 1st August, Chicago launching on 5th August and Oslo launching on the 2nd September 2014.