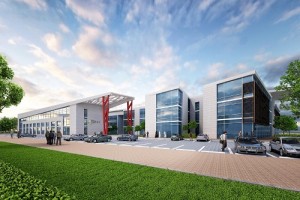 Speaking on the occasion, H.H. Sheikh Ahmed bin Saeed said, “We are proud to open this mega incubational centre and remain confident it will provide an ideal environment for start-ups and tech-enterprises even while enhancing the status of entrepreneurship in the UAE and the wider region.”

“The establishment of the DTEC complements other initiatives undertaken by DSOA to support the directives of the government in building a sustainable economy and motivating young talent to adopt innovation, especially in the technology and digital economy sectors.”

“At DSOA, we are keen to facilitate emerging entrepreneurs to transform their promising ideas into reality and support new and creative concepts in order to keep pace with the rapid developments in these dynamic areas,” Sheikh Ahmed bin Saeed added.

Following the opening ceremony, Sheikh Ahmed toured the DTEC premises and met with senior officials from IBM and Microsoft who briefed him on their role in supporting entrepreneurs and start-up at DTEC.