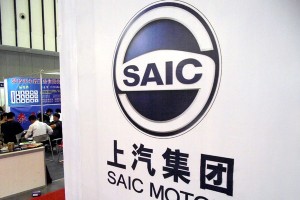 SAIC Motor Corporation Limited, one of China’s largest automotive manufacturers, has announced it will be making its Middle East debut at the upcoming Dubai International Motor Show this November, bringing its latest products and technologies to the region courtesy of its MG and Maxus brands.

With revenues of $102,248.6 million in 2014, SAIC Motor is China’s leading automotive group, and this year climbed to 60th position on the annual Fortune Global 500 list. With its Middle East launch, SAIC Motor is looking to provide local customers with more diversified and reliable products and inject new energy into the region’s automotive industry.

In recent years, SAIC Motor has been exporting products and technologies to accelerate its overseas production and operation, and is promoting an international strategy to build a business model with a competitive edge in the overseas market.

Through integrated planning, SAIC Motor has established production bases and marketing networks in the United Kingdom and Thailand, and is actively promoting another project in Indonesia. In the UK, the company has continued to launch new products in recent years, receiving a good market response and increasing sales, and thus becoming firmly established in Europe.

At the upcoming Dubai International Motor Show, SAIC Motor will introduce the latest products from its MG passenger car and MAXUS commercial vehicle line-ups to the Middle East, which is one of the most important emerging markets in the world, with huge potential. Now owned by SAIC Motor, both brands are from Europe and have a long history.

Founded in the UK in 1924, MG (Morris Garages) was world famous for its cabriolet series, sought after by many celebrities including British Prime Ministers and even the British royal family. Set up in 1930 in Abingdon, UK, the MG Car Club has more than a million loyal fans, making it by far one of the world’s largest clubs for a single brand.