British Airways has announced that its new Boeing 787-9 Dreamliner, complete with a new First cabin, will start flying to Dubai from October 2016.

This announcement follows the hugely successful launch of the 787-9 on British Airways’ Abu Dhabi and Muscat routes on November 5, 2015. 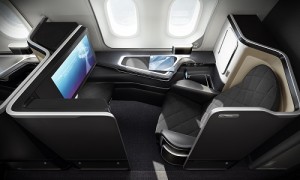 British Airways has also confirmed it will be flying the new 787-9 Dreamliner to Jeddah from July 2016.

Paolo De Renzis, Head of Middle East, Africa and Central Asia Sales for British Airways said, “We launched our 787-9 Dreamliner on the Abu Dhabi route last month and already we are receiving great feedback from our customers. The new First generation cabin is particularly popular with our customers who are looking for that bit of extra luxury when flying, which is complemented by our quintessentially British service.”

The Boeing 787-9 Dreamliner is the most technologically advanced in British Airways’ fleet and currently serves Abu Dhabi, Muscat, Delhi and Kuala Lumpur and will operate flights to Austin from February 5 and San Jose from May 4, 2016. 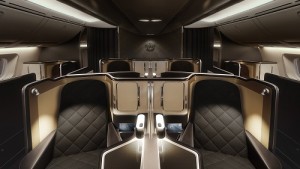 The new 787-9s will be rolled out across a number of routes in 2016 including: Newark, Narita, Jeddah, Houston, Mumbai, Boston and Dubai with exact dates being announced in due course.

The First cabin has just eight seats in comparison to the 14 seats available on other British Airways long-haul aircraft, giving even more exclusivity and privacy to customers.

Created specifically for the Boeing 787-9, the new First suites have been painstakingly designed based on feedback from First customers, to put comfort at the heart of the experience and make the very best use of the more intimate space.

For further information or to book visit www.britishairways.com