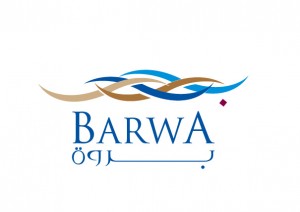 Barwa Real Estate Group announced its financial results for the period ended 31 March 2014. The group’s results showed a net profit of QR 266 million with QR 0.68 per share, compared to QR 158 million and QR 0.41 profit per share for the period ended 31 March 2013.
The financial results show positive improvement on the net profit to go up to QR 108 million, equivalent to 68% increase, compared to the period ended 31 March 2013, in addition to the improvement in rental revenue which has gone up to QR 114 million, equivalent to 56% compared to the period 31 March 2013, yet operational costs increased 33% only, to meet the increase in rental revenue.
The group continues to implement its strategy which focuses on improving operations proficiency and accordingly cut down costs and expenses, which is represented in reducing general and admin costs by 28%.
Barwa Real Estate is now focusing on the completion of some deals including the selling of some assets to Qatari Diar as per an agreement signed in 2013 to sell assets worth QR 20 billion, as part of the group’s plan to restructure its financial debt and reduce liabilities which will be reflected into the group’s financial results. Barwa is also finalizing a transaction to sell one of its assets, which is a land in the education and medical area – Lusail, for the Supreme Committee for Projects & Legacy.