Barclays Plc will sell its retail bank in the United Arab Emirates, highlighting the challenges foreign banks face in the Gulf competing against cash-rich local rivals who are finding it easier to meet stricter rules on risk. 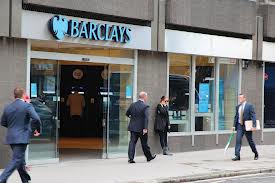 Under Chief Executive Antony Jenkins, the British bank is axing at least 3,700 jobs globally, reining in pay of senior bankers and closing businesses across the group in the face of new capital rules.

It will launch its 5.8 billion pound ($9.03 billion) cash call in two weeks, according to people familiar with the matter.

“Barclays has decided to re-focus its efforts in the UAE on its key strengths in corporate and investment banking and wealth and investment management,” the bank said, declining to comment further.

The potential sale may impact up to 280 employees, a source familiar with the plan said, adding the lender plans to offload its retail portfolio in the Gulf Arab country, which includes credit cards, mortgages, personal lending and deposit taking operations, while keeping its two branches in the country.

A separate banking source confirmed that the bank was keeping its branches to service corporate banking clients.

The global financial crisis has prompted some big Western banks to pull in their horns, cutting their teams in the Gulf as they focus on repairing their balance sheets back home.

Cash-rich Gulf banks are finding it easier than their foreign counterparts to meet stricter capital and liquidity requirements that are being imposed across the world under the Basel III regulatory regime.

Sources had told Reuters last month that Barclays was reviewing its retail business in the Gulf Arab, adding a sale was the most likely option.

Any sale will attract local lenders in the UAE who are keen to beef up their retail banking portfolios. Some British banks have already exited retail banking in the Gulf state. In 2010, Abu Dhabi Commercial Bank, a part state-owned lender, bought the retail banking operations of Royal Bank of Scotland in a $100 million deal.

“I am pretty positive local banks are looking at this very closely now. I would expect the credit card business to generate a lot of interest,” a Dubai-based banking source said.

Barclays plans to sell each of its retail banking portfolios separately, the source familiar with the process said, adding the sale may take about 15 months to complete.

Full-time employees in the retail business will either be made redundant or be moved to other departments, the source said. Existing client portfolios are unlikely to be affected by the move, the source added.

Barclays’ corporate banking, private banking and investment banking activities in the UAE were not part of the review. The bank’s retail bank in Egypt, where the lender has nearly 60 branches, is also unaffected.

The bank was the top mergers and acquisitions adviser in the Middle East last year, according to Thomson Reuters data. It advised the Qatar sovereign wealth fund on the $1.4 billion acquisition of a 20 percent stake in BAA Ltd last year.