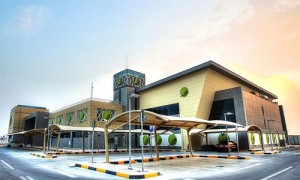 Al Meera Consumer Goods Company celebrated its 10-year anniversary, capping a decade of achievements that have poured into customer and shareholder satisfaction.
At a press conference, Dr. Mohammed Naser Al Qahtani, DCEO at Al Meera Consumer Goods Company, said: “Al Meera’s expansion plans have continued at the service of all of the state’s territories, including the setup and launch of 9 new branches, as well as the lease of the Gulf Mall branch, bringing our network to a total of 47 branches – 42 of which are in the State of Qatar and, five of which are in the Sultanate of Oman.” Dr Al Qahtani stressed on that all of the Al Meera branches have been equipped with world-class technologies and solutions that reflect innovation and modernity, starting with advanced lighting systems and all the way to the latest storage processes and technologies and topnotch shelves. Moreover, the company has consistently developed its shopping experience and product display strategy at the service of a seamless consumer journey – including space planning around commercial and hospitality outlets, as well as parking lots.
Dr Al Qahtani also noted that the company’s expansion plans are stretching to the setup of 14 new stores spread across the country; a result of strategic research and strategy to keep pace with Qatar’s urban planning, which has extended to new areas and others that have recently witnessed a population boom. On this, Al Qahtani stressed on that Al Meera is working in close and continual coordination and collaboration with the Ministry of municipalities and urban planning to exchange recommendations and suggestions.
On a profitability level, Al Qahtani noted that Al Meera’s strategic decisions across all its operations have contributed to a net sales jump from QAR 507.9 million in 2006 to QAR 2.176 billion in 2014. Moreover, net shareholder return has raised nearly 10 times more from QAR 26.1 million in 2006 to QAR 226.6 million in 2014, with earnings per share jumping from QAR 2.61 in 2006 to QAR 11.33 in 2014.
With regards to the acquisitions and agreements that have been accomplished by the company, Dr. Al Qahtani commented: “Throughout its history, Al Meera has played an integral role in Qatar’s sustainable development, enjoying a slew of achievements that have been spearheaded by its executive management under the guidance of the Board of Directors. Many strides have been made toward achieving the company’s expansionary vision and strategy to keep pace with the various developments that Qatar is witnessing across its cities, municipalities and territories, always at the service of the Qatar National Vision 2030.”

Dr Al Qahtani said that since the company’s establishment, Al Meera’s achievements have poured into customer and shareholder satisfaction, aligning with its strategic goals to put sustainable services at the top of its priorities.
Dr Mohammed Al Qahtani added: “Within 10 years of its establishment, Al Meera’s steadfast evolution and steps have reflected in a slew of achievements and accomplishments at the service of its customers and shareholders. We will continue to strive and pour all our efforts to mark even more accomplishments across our journey” Dr Al Qahtani also took the attendees over the Al Meera journey, which started with offering nationals and residents with consumer goods and products across categories, and which has evolved with the upgrading and development of 26 branches spread across the Qatari territory between the years 2005 and 2006, as well is with several identity and strategy revamps in the aftermath of the challenging 2008 financial crisis.
He added: “Al Meera’s strategic vision and mission began with the acquisition of the Qatar Markets Company (Giant Stores) and the Al Oumara Bakeries company. Moreover, Al Meera has signed a franchise agreement with WHSmith Travel Limited, a leading provider of magazines, books, stationary and office supplies, to operate WHSmith stores in Qatar.
Speaking of the company’s strategic expansion and branch renovation vision, Dr. Al Qahtani said: “Since Al Meera’s identity was revamped under the slogan “Your Favourite neighbourhood retailer”, the company has poured its energy and efforts into living up to its motto, beginning with the overhaul and modern redesigned of several flagship branches.” He added: “The company has also proceeded with the build and launch of a series of branches, the first of which was the Abu Nakhla branch, followed by two modern shopping centers to serve the residents and visitors of Nuaija and Legtaifia – in line with the company’s expansionary policy across the state’s various areas. Additionally, the company has leaded a branch from the Dasman Group, with a later launch slated for the Al Meera Hypermarket on the airport road.” Al Meera Consumer Goods Company (Q.S.C) was established in 2005 under the law (24) for the year 2004, in a transfer of the COOP to a Qatari shareholding company.