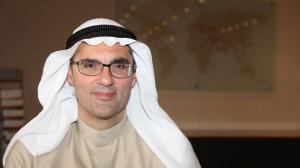 Agility has announced its financial results for the first quarter of 2014, reporting a net profit of KD 11.24 million (USD 40.04 million), an increase of 11 percent compared to the first quarter of 2013.
Earnings-per-share stand at 10.77 fils. Revenues for the first quarter stand at KD 314.28 million (USD 1.1 billion), an 11 percent decrease compared to the same period last year. EBITDA stands at KD 22.48 million, a 4 percent increase compared to Q1 of 2013, it said in a release.
“Overall, Agility continues to improve its financial performance by focusing on growing its Infrastructure portfolio of companies and simultaneously driving transformation of its core commercial logistics (GIL) business,” said Agility’s CEO Tarek Sultan.
Revenue for Agility Global Integrated Logistics (GIL) for the first quarter of 2014 was KD 253.30 million, a decrease of 15 percent from Q1 2013. The drop in revenue is attributable to several factors, including difficult market conditions that have led to rate deterioration despite volume increases, he said.
The drop was partially mitigated by better procurement in the freight business, which led to margin expansion from 21 percent in Q1 2013 to 23 percent in this quarter.
Agility’s Infrastructure companies contributed KD 62.73 million to first quarter 2014 revenues, a 9 percent increase over Q1 2013, he added.
“Agility continues to deliver value to shareholders by pursuing three things in tandem. First, continuing to drive change in Global Integrated Logistics to maximize the potential of this business. Second, growing and developing our Infrastructure portfolio of companies to continue to take advantage of profitable niche market segments in fast-growing emerging markets. And third, staying open to acquiring high-performing businesses that realize immediate financial value for the company,” said Sultan.
Agility builds durable, efficient supply chains that power businesses and drive trade, creating access to new opportunities.
Agility’s story parallels the rise of emerging markets in the global economy. The company got its start as a local warehousing provider in Kuwait and grew to become the largest logistics company in the Middle East.
It acquired more than 40 logistics brands around the world, investing billions to build a global network with a strong footprint in emerging markets. Today, Agility is one of the world’s largest integrated logistics providers with more than 20,000 employees and operations in 100 countries.