Consolidating their seven-year-old strategic partnership with the Hamburg Chamber of Commerce, 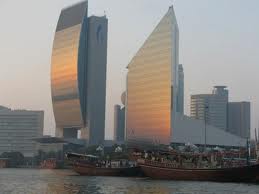 the Dubai Chamber of Commerce and Industry successfully concluded its trade mission’s participation in the 4th Dubai Hamburg Business Forum held in the strategic German city from February 4 to 7.

The Dubai Chamber delegation met the First Mayor of Hamburg Olaf Scholz as H.E. Hamad Buamim, President and CEO Dubai Chamber suggested Dubai and Hamburg to sign a twin city agreement which was well received by the Mayor who assured the delegation of starting the process at their end on a priority basis. 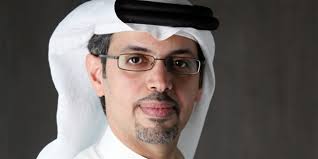 Welcoming the business leaders from Dubai and Hamburg, H.E. Al Shirawi stated that the seven-year-old cooperation between the two chambers has developed into a strategic partnership thanks to the four successful forums we have had in the two business savvy cities.

Over the past seven years, this forum has evolved and changed with the needs of our business communities and has been a sounding board for new ideas and shared benefit as this time we discussed joint cooperation in the areas of green cities, maritime, logistics and tourism, said Al Shirawi.

He added that Expo 2020 opens up wide opportunities for German companies as he reiterated Dubai Chamber’s commitment to offer all the help to consolidate bilateral relations and strengthen the existing partnership between Dubai with Hamburg.

Al Shirawi further added that Dubai and Hamburg’s strategic locations on the world’s trade route as gateways to their respective regions and their neighbouring markets offer a competitive advantage for both the sides to play a strategic role between the business communities of the two cities.

In his keynote address H.E. Buamim said that the Dubai Hamburg Business Forum is an ideal platform for cooperation in important economic sectors as it helps enhance the competitiveness of Dubai businesses while allowing a fitting venue to discuss joint cooperation with German companies.

Giving indicators of the performance of Dubai’s economy during the year 2013, H.E. Buamim said that the emirate’s economy last year has registered the best growth pattern in the last five years due to the exceptional performance by its economic drivers as the inflation was less than 2% and the GDP growth recorded 5% and is expected to grow around 5% to 7% during 2014-2015.

Further highlighting Dubai’s economic performance, H.E. Buamim stated that trade was the biggest contributor to the GDP of the emirate with a 30% share in 2013 while Dubai’s global non-oil trade is expected to grow by 10% in 2013 in comparison to the year 2012.

On the performance of the tourism sector, His Excellency pointed out that last year saw an addition of 10,000 new hotel rooms taking the total to 82,000 rooms and 609 hotels as the hotel occupancy rates stood at 80% and hotel revenues rose by 10%.

He also said that the tourist numbers too increased by 10% in 2013 and the number of tourists increased from seven million five years ago to 11 million during the past year which clearly indicates the position of Dubai as a world tourist destination.

His Excellency also focused on Dubai’s ambitious plan on turning the emirate into an Islamic Economy Capital under the vision of H.H. Sheikh Mohammed bin Rashid Al Maktoum, UAE Vice-President and Prime Minister and Ruler of Dubai, as he shed light on the Islamic economy potential stating that the halal food sector alone will grow from $1.008 billion to $2.5 billion over the next five years.

The Islamic tourism sector will grow from $137 billion to $284 billion over the next five years while the volume of expenditure on clothing matched with the Islamic Sharia at $225 billion in 2012 which represents 11% of the total global spending on clothing, said H.E. Buamim.

On the opportunities created by the winning of Expo 2020, His Excellency stated that the World Expo which is the third largest event after FIFA World Cup and the Olympics will be a significant turning point for Dubai’s business environment as 25 million visitors are expected to attend, AED 33 billion infrastructure investment and creation of 277,000 jobs as the Expo is expected to provide 1-2% boost to the economy from 2016 to 2020.

The President and CEO of Dubai Chamber called upon Hamburg companies to set up businesses in the emirate and to benefit from Dubai’s vibrant business environment as the emirate is a gateway to the Middle East, Africa and Southeast Asia.

H.E. Fritz Horst Melsheimer, President, Hamburg Chamber, paid tributes to the strategic partnership with Dubai Chamber which he said started seven years ago in 2007 and is poised for better times in the future.

He congratulated Dubai Chamber on the emirate’s winning of the bid to host Expo 2020 while pointing out that the Hamburg Chamber will soon come down with a high profile business delegation to Dubai to explore the investment opportunities arising from the hosting of Expo 2020 as well as the means of strengthening and consolidating of the two sides’ long-term partnership.

On his part, H.E. Prof Dr. Hans-Jorg Schmidt-Trenz, CEO, Hamburg Chamber, highlighted the strong trading ties between Hamburg and the UAE as he informed that the volume of foreign trade between the two sides increased from less than 250,000 euros in 2006 to 2.7 million euros in 2012 highlighting the presence of 292 Hamburg-based companies in the UAE as he expressed his desire to see these numbers double by the year 2020 when the Expo will be hosted by Dubai. He added that with the help of Dubai Chamber it was possible for the Hamburg Chamber to achieve this target.

H.E. Trenz further added that Hamburg is the third largest centre for the aviation industry in the world, has sophisticated medical facilities and is also a leading centre for innovation, education, logistics and renewable energy as well as a distinguished centre for eco-friendly technology as its economy like Dubai is based on diversity.

A Memorandum of Understanding (MoU) on Maritime Industry was signed between Dubai and Hamburg with signatories from Drydocks World, Emirates International Marine Academy, Maritime Cluster Norddeutschland, Logistik-Initiative Hamburg d.V. and Hamburg School of Business Administration. The MoU focused on exchange of knowledge, expertise and training in the area of maritime industry.

Since its launch in 2007, the Dubai Hamburg Business Forum has become an ideal platform for joint cooperation and partnership for the business communities of Dubai and Hamburg and has led to a number of successful economic cooperation in various sectors by investors of both the strategic cities.