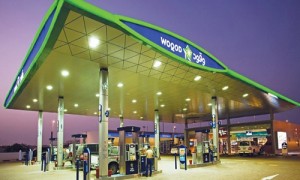 The Chief Executive Officer, Eng. Ibrahim Jaham Al-Kuwari stated that the Board discussed the 2016 Budget which include OPEX & CAPEX and approved it. Total Expenditure for capital projects which WOQOD is committed for the next year was estimated at QR1028 million approximately.

The Budget has focused on accelerating the construction process of Petrol Stations. The expected number of new Fuel Stations in 2016 will be around 15 to 18, in addition to new expansions for existing stations, new Sidra Store and 5 FAHES Centers including Al-Mazrua’a project for Vehicle inspection. Al-Mazrua’a main center will replace the industrial HQ which will be closed as inspection center and renovated as commercial offices.

The Board also discussed other projects such as new storage for Bitumen, LPG and CNG business and gave his directives.

The Board also perused the amendments to be entered in to the Articles of associations to cope with the current activities of the company and the new company’s law no. 11 for the year 2015 as follows; Amendment of Article 9.1 by the deletion of the minimum share ownership previously determined to be not less than 100 Shares, increase the annual Board meetings from four (4) to six (6) meetings, addition of the Sidra Convenience Store business to the objects of the Company and the addition of the car services and external media announcements from the Gas Stations.