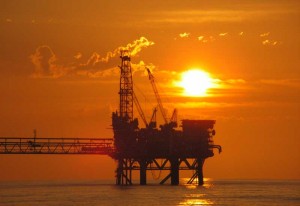 TAQA, the international energy and water company based in Abu Dhabi, today announced that shareholders elected a new Board of Directors at the company’s Annual General Meeting (AGM) after the expiry of the previous board’s three-year term.

Saeed Mubarak Al-Hajeri, who has served on the Board since 2011, is Executive Director of Abu Dhabi Investment Authority (ADIA) and is also on the boards of various Abu Dhabi government entities.

“It is a great privilege and honour to be elected Chairman of Abu Dhabi’s leading international energy and water operating company,” said Al-Hajeri, adding that “The new Board brings a wealth of skills and experience relevant to TAQA’s core areas of operation. I look forward to working with my fellow Members of the Board and the executive management to build on TAQA’s achievements.”

Al Hajeri said, “I would like to thank President His Highness Sheikh Khalifa bin Zayed Al Nahyan, and His Highness General Sheikh Mohamed bin Zayed Al Nahyan, Crown Prince of Abu Dhabi and Deputy Supreme Commander of the U.A.E. Armed Forces, for the opportunity to contribute to the company’s development. I would also like to thank the previous board members for their dedication and service to TAQA.”
From its roots as the majority owner of Abu Dhabi’s power and water generation plants, TAQA has grown into Abu Dhabi’s leading international energy and water operating company, with a presence in 11 countries.