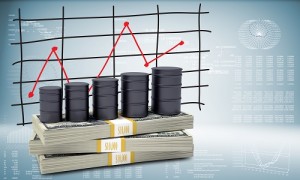 Qatar National Bank’s (QNB) weekly report forecast that the average price of oil for 2016 will be $44.

The conclusion, the bank said in a statement, was one of three likely scenarios they plotted for 2016. They said that $44 will be the average price if four things happen: 1) demand continues to increase. 2) Production in the US falls. 3) Iranian oil exports increase. 4) Production of OPEC countries stabilizes at current levels.

The report acknowledged that there was a more pessimistic scenario; One where demand would decelerate while supply increase more than the forecast levels. In that case, the average price of oil for 2016 will be $36. In that particular scenario, the increase by 0.9 million barrels a day. Furthermore, Shale oil producers will continue to pump at the same levels of 2014.