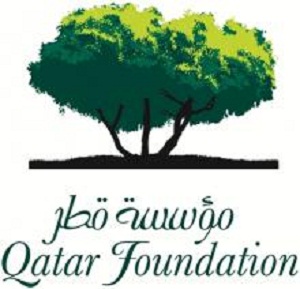 Qatar Foundation for Education, Science and Community Development is producing up to 85% of Qatar’s total solar energy as it announced the launch of one of the Gulf region’s first Energy Monitoring Centre (EMC) to manage its smart grid and monitor solar power generation across all sites within Education City.

Developed by GreenGulf, in partnership with Qatar Foundation Capital Projects and ASTAD Project Management, the EMC will enable real-time administration of all solar and power quality monitoring systems from a central location aiding in their efficient operations and maintenance. Further strengthening Qatar Foundation’s overall sustainability efforts, the EMC will allow visitors, students and researchers to view individual system output and technical grid data, while familiarizing themselves with Qatar Foundation’s various renewable energy initiatives.

The EMC is part of the recently completed Solar Smart-Grid Project that added a total of 1.68MW of new solar photovoltaic (PV) systems at various facilities within the QF campus. Qatar Foundation is now responsible for up to 85% of the country’s total solar photovoltaic (PV) current installed capacity of roughly 4 megawatts. The project is also the first commercial PV project in Qatar to be granted approval for grid connection from Kahramaa.

The PV systems at Qatar Foundation now generate 5,180 megawatt hours of clean energy annually, resulting in savings of around 2,590 tons of CO2 emissions every year. The EMC will also be connected to the Kahramaa Conservation and Efficiency Control Centre to showcase the amount of solar energy Qatar Foundation’s PV systems are feeding into the central power grid.
“The advanced EMC, which is one of the first of its kind in the region, marks the integration and centralization of Qatar Foundation’s on-going efforts to remain at the forefront of energy efficiency through the adoption of a smart solar system”, said Engineer Jassim Telefat, Group Executive Director of Qatar Foundation Capital Projects and Facilities Management. “Qatar Foundation’s leadership remains fully committed to its sustainability initiatives by continuing to increase the use of renewable energy throughout all Education City facilities”.

GreenGulf CEO Omran Al Kuwari said, “We’re very proud to have developed this pioneering project for Qatar Foundation. We believe it’s projects like these, driven by the inspired foresight and leadership at Qatar Foundation, that will further accelerate the adoption of renewables across the region. We look forward to deploying the experiences gained here on future projects, both in Qatar and throughout the region”.

Dr Khalid K. Al-Hajri, Chairman and Chief Executive Officer of Qatar Solar Technologies, said, “Qatar Foundation from solar research to the establishment of Qatar Solar Technologies, through to the adoption, use and promotion of solar energy initiatives exemplifies the Qatar National Vision 2030 and the use of solar power. Qatar Foundation’s leadership are visionaries in their use of solar technologies and the many initiatives undertaken to utilize this sustainable energy resource by Qatar Foundation is a showcase to the region and the world on the adoption and use of solar energy solutions”.

Meshal Al Shamari, Director of Qatar Green Building Council, said, “Delivering a sustainable future is key to delivering the Qatar National Vision 2030 so QGBC is working with companies and organizations across Qatar to implement green improvements. As a member of Qatar Foundation we are delighted that its enlightened leadership in sustainability both benefits the nation, the environment and stands as a model for others to follow”.

The EMC also integrates existing solar systems including those at the Qatar National Convention Centre (QNCC), the QF Student Housing Complex and the Solar Testing Facility at Qatar Science and Technology Park.
QNCC was the first LEED certified project in Qatar and remains its largest rooftop solar system installed to date. Subsequently, Qatar Foundation continues to have the largest pipeline of all PV installations in the country, in addition to its pipeline of LEED certified green buildings. With more than five megawatts of solar energy installations planned, Qatar Foundation’s clean efforts are one of the largest in the Gulf region.