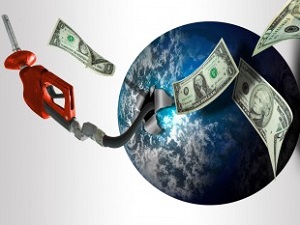 The economies of the Middle East and North Africa (MENA) will have significant consequences due to the over 50 percent decline of world oil prices from USD 115 a barrel to less than USD 50 today, the World Bank said on Thursday.
Yet, gains will be seen in the oil importers of Jordan, Tunisia, Lebanon and Egypt as trade balances for these countries could improve by up to 2 percent of GDP, according to the WB’s latest MENA Quarterly Economic Brief. “Oil importers will benefit from lower import and fuel subsidy bills, while exporters-some of whom depend on oil for 80 percent of their income-will lose export and fiscal revenues,” said Shanta Devarajan, WB Chief Economist for the MENA region.
Oil exporters will likely run larger fiscal and current account deficits or their surpluses will shrink substantially.
A World Bank report, Plunging Oil Prices, highlighted the implications of low oil prices for eight developing countries, oil importers; Egypt, Tunisia, Lebanon and Jordan along with oil exporters; Iran, Iraq, Yemen and Libya (MENA-8) and the economies of the GCC, “who play a major role in providing funds in the form of aid, investment, tourism revenues and remittances to the rest of the countries of the region.” “Yemen and Libya are among the most vulnerable oil producers while Iran and Iraq could experience a worsening of the oil trade balance in excess of 10 percent of GDP in 2015,” it added. “The oil-exporting countries of the Gulf Cooperation Council are in a much better position due to their ample reserves, but they too could endure over a USD 215 billion loss in oil revenues, more than 14 percent of their combined GDP.” “Oil importers such as Egypt, Jordan and Lebanon face a risk as their economies receive large flows of remittances and aid from the GCC,” the statement concluded.
However, based on previous episodes, the MENA Quarterly Brief concludes that lower oil prices will likely lead to slower growth, but not decline remittances.