The Prime Minister of Pakistan, Muhammad Nawaz Sharif called for speeding up the process of completion for the Gadani power project aimed at generating 6,600 megawatt to meet the country’s growing industrial and domestic requirements, said an official press release on Saturday. 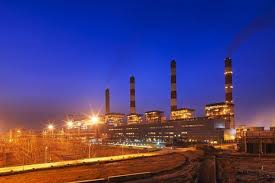 While Chairing a meeting for the project’s steering committee, the Prime Minister said that all efforts should be directed to complete the project. The Prime Minister also expressed deep interest in the power project that will house ten power plants of 660 megawatt each and was estimated to cost around USD 14 billion. During the briefing on the project, the Prime Minister was informed that Pakistan Power and Infrastructure Board would select Independent Power Producers (IPPs) through international bidding. Prime Minister Nawaz said that China has shown interest in installing four power plants and directed the authorities to ease the procedures to award of the project to private companies in a transparent manner. Sharif was told that that the Balochistan government will provide 5,000 acres of land for the power park that will be connected with a seven km long jetty to bring in 20 million tons of coal. The Prime Minister also directed the Finance Ministry to approach the World Bank to arrange funding for the project.