OPEC meeting might be short due to stability in oil market 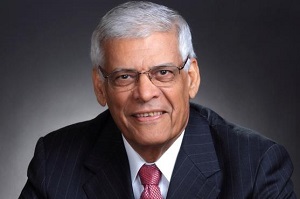 Secretary General of the Organization of Petroleum Exporting Countries (OPEC) Abdalla Salem El-Badri said here Wednesday that the OPEC’s ministerial, to be held later today, might be short due to the stability observed in the oil market.
Speaking to KUNA, El-Badri said that the current price, which is over USD 100, remains sensible and it covers the interest of both producers and consumers.
In regards to the topics to be discussed during the meeting, El-Badri said that the OPEC Secretariat and economic council reports would be the main focus of the meeting, adding that the reports touched on the current status quo of the global oil market.
The current production of the OPEC crude oil basket is set at 30 million barrels per day.