Are Oil Prices Poised For Rebound? 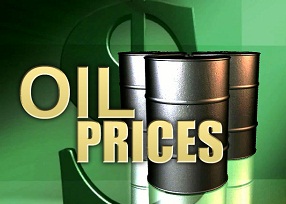 The Brent crude oil price fell 57% between June 2014 and January 2015 to a low of USD45 per barrel (/b). Over the last three weeks, however the oil price has rebounded by 31% to a peak of USD59/b.
This poses the question whether a further rebound is in the making, given cutbacks in investment spending by oil companies and falling US drilling rig counts. The evidence suggests that these fundamental changes are likely to affect prices only over the medium term, while technical factors in financial markets explain the recent rebound, QNB Group said in its weekly analysis.
These technical factors are likely to be temporary. We therefore do not expect a significant further recovery in 2015. The fundamental supply adjustments currently taking place will, however, result in a gradual recovery in oil prices in 2016 and 2017.
The technical factors that drove the rebound in oil prices may be connected to the shape of the futures oil price relative to the spot price. As spot prices fell below USD70/b in January 2015, expectations that supply and demand would adjust led to futures prices higher than the spot price (the so-called contango shape of the futures curve).
The lower spot prices became, the greater the expected increase in future prices, resulting in the futures curve steepening. The futures curve was steepest when spot prices bottomed out in January oil for delivery in December 2017 was over USD20/b above the spot price.
This may have pushed oil traders to profit from buying oil on the spot market and storing it, while selling it at higher prices on futures markets. It also encouraged the hoarding and stockpiling of oil. Reports have emerged that major oil traders and Chinese oil companies have booked super tankers to stockpile oil as oil prices plunged and US inventories have reached all-time highs. Furthermore, as oil prices dropped, net short positions on futures markets also declined.
This unwinding and reversal of speculative positions may have played a significant role in the recent oil price recovery, but this is unrelated to fundamental shifts in oil supply.

We do not expect this recovery in prices to continue during the remainder of 2015. The futures curve has flattened with the recovery in prices, making it harder to profit from buying oil on spot markets and selling it in the future. Most speculative short positions have also been unwound, resulting in less speculative downward or upward pressures on oil prices.

Having said that, supply and demand adjustments are unlikely to have an impact on prices until 2016-17. A number of major oil companies have announced cutbacks in investment, but many of them still expect an increase in production in 2015, particularly US shale oil producers.

For example, Continental Resources cut investment spending by 41% to USD2.7bn, but still expects production to increase by 20% this year. The International Energy Agency stated in a report last week that it expects the pullback in shale oil production to be “limited in scope”.

However, historical data on US rig counts appear to have minimal relationship with US crude oil production. A falling rig count during 2012 had no visible impact on US oil production, which continued rising steadily.

Once a well is drilled, it can take some time for it to be developed and become operational. Oil companies tend to have a stock of oil wells that are drilled but are waiting to come into full operation.

Furthermore, the average productivity of oil wells has been rising in recent years and is expected to continue increasing. As a result, the decline in operational drilling rigs is only likely to impact oil prices from 2016-17.

In summary, we do not expect oil prices to recover much further in 2015, averaging around USD56/b for the full year. Falling investment spending by oil companies should begin to have an impact on production by 2016-17, adding some upward pressure on prices as the supply glut is cleared.

We therefore expect prices to recover to USD64/b in 2016 and USD69/b in 2017. These forecasts are broadly in line with the oil futures market. However, it is predicated on a recovery of the world economy and oil demand, something that remains a risk going forward.