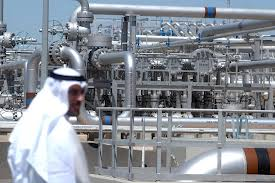 The price of crude oil was in constant tug and pull over the past two days, as the market digested an industrial report showing drop in crude reserves of the US, the world’s top power consumer, by 1.2 million barrels and amid expectation that official reports would show a bigger drop of 1.5 million barrels. When it comes to quantitative stimulus measures, it is expected the US Federal Reserve would announce decline in the asset purchase program for September, which would dampen investors’ appetite for basic commodities like oil and gold. Meanwhile, Wood Mackenzie Research and Consulting is forecasting a hike in spending on oil imports in China, the world’s second power consumer, to USD 500 billion a year by 2020, which means China would surpass the US and become the top consumer. The consultancy indicates China’s oil imports could reach 9. 2 million barrels by 2020. As for NYMEX trading, crude was at an average of USD 105.18 pb on Tuesday, peaking at USD 105.35 and reaching USD 104.93 pb at some point. Brent crude meanwhile averaged USD 110.15 pb