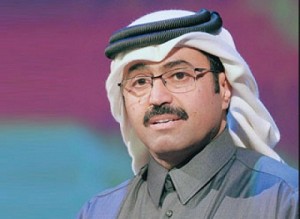 HE Minister of Energy and Industry Dr. Mohammed bin Saleh Al Sada stressed Tuesday the importance of going through with the GCC water link project, as well as establishing a long-term comprehensive GCC plan for water supply.

HE the Minister was speaking at the opening ceremony of the Second Arab Water Conference in Doha. His Excellency said that GCC countries were facing difficult weather conditions, given that that the region characterized by water scarcity. Despite that, the region has one of the highest average individual consumption of water in the world.

As a result, HE the Minister added, the State of Qatar has started a national program that aims to rationalize the individual consumption of water by 35% by 2017. The country has also began a number of projects to increase its strategic water reserves, upping the storing capacity by 126% lately. It is worth noting that the State of Qatar use water desalination to provide for 99% of its water need. Desalination is considered one of the most expensive methods of obtaining drinking water.

His Excellency noted that, under the leadership of HH the Emir Sheikh Tamim bin Hamad Al Thani, the state took into account the amount of investment needed in infrastructure with services in the water sector.

HE the Minister of Energy and Industry called for joint work to activate an Arab strategy for water security. His Excellency noted that hosting the conference in Qatar was out the country’s commitment to all water-related issues in the Arab World.
HE the Minister said that one of the biggest challenges to the Arab World is that the region is overall an importer of water.

His Excellency Dr. Mohammed bin Saleh Al Sada noted that the increase in water deficit is a cause for concern. Especially that the three main rivers in the region, the Nile, Tigris and Euphrates river have their sources located outside the Arab World yet are the source of water for almost half of the region’s population.

All these factors make it paramount that Arab countries work together to face the challenges of protecting its water resources and develop it, HE the Minister said and expressed meantime his confidence that the Arab world will succeed in facing those challenges if they all work together under one vision.