Founded in France in 1966 to commission nuclear facilities, Assystem is an international and independent engineering company, recognised worldwide as an independent engineering company in the nuclear sector. StéphaneAubarbier, CEO of the Energy & Infrastructure division speaks with Lorraine Bangera about its growing presence in the Middle East especially in the Kingdom of Saudi Arabia and UAE 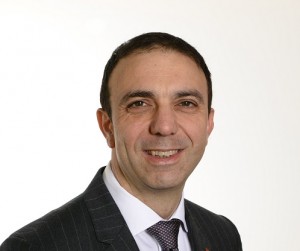 Tell us more about the merger between Assystem and Radicon Group. Why was it executed and how has it had a positive impact on the companies?

Based on our legacy of delivering highly complex infrastructure, Assystem has been supporting and managing challenging projects and deploying cross-functional expertise across key industrial sectors including aerospace, defence, automotive, transport, energy, nuclear and life sciences. Assystem has developed strong capabilities in systems integration in the sectors of energy and infrastructure with projects in smart grids or smart buildings.

As the fourth independent nuclear engineering company worldwide, Assystem wanted to strengthen its footprint in the GCC region – which is currently developing strongly in the nuclear energy sector.

The company’s business model relies on building long-term links with local clients, which only an acquisition enables. Radicon fulfilled this need, since they understood the local market and had a reputation for quality and excellence, they were the natural choice.

In order to enable growth and innovation in light of shared interests, Assystem and Radicon collaborated to service the growing energy and infrastructure industries in the region. As part of our growth strategy to expand in the Middle East, in 2015 Assystem acquired 75% of Radicon, a 400-person engineering company based in Saudi Arabia.  Ali K. Al-Harbi, founder of the company, retains a 25% stake in Radicon.

The new entity, Assystem-Radicon will also attract and retain local talent through recruitment and career development programmes aimed at Saudi nationals and engineers in particular. Assystem- Radicon has already recruited about 100 persons while the size of the company will double to reach 800 employees in the next two years.

Radicon will strengthen the group’s outreach in Saudi Arabia and more globally in the Arabian Gulf, enabling us to support our clients locally in this region. Moreover, the strong technical expertise of Radicon in infrastructure design as well as its understanding of the local environment combined with Assystem’s international reputation and historical expertise in complex project management, namely in nuclear, will enable us to be a reliable and efficient partner to our Saudi clients.

Could you tell us more about your work in KSA?

Assystem-Radicon currently focuses on providing our clients with engineering design services in the infrastructure and power sector. In the short term, we will expand our services by strengthening the existing offer but also by broadening our local scope through project management and systems integration.

In the long run, we will further train our teams and recruit local engineers specialised in the nuclear industry to support and ensure the sustained development of the Kingdom’s nuclear programme.

What are some of the major projects you are currently working on?

Regarding KSA more specifically, we are currently involved in several major infrastructure projects. These projects include:

Jubail: For 10 years, Assystem-Radicon has been supporting the development of Jubail Industrial City. The City covers a total surface area of 920 kilometres of which around 260 has been designated for initial development. Assystem-Radicon has been providing about 7 million hours of engineering design to develop transportation, building, power and telecommunication infrastructures.

KAP projects: Assystem-Radicon won a tender with Saudi Arabia’s Ministry of the Interior worth SR 21 million. The contract covers engineering works for more than 220 buildings such as workshops, offices, sports centres, theatres, restaurants, in an area of 10,000 m2 spread over six locations between Mecca and Medina. It forms part of the  ‘King Abdullah Project for Security Forces’ (KAP) investment programme that seeks to improve the safety conditions and accommodation for pilgrims visiting the sites of Mecca and Medina. This first significant contract won by Assystem-Radicon demonstrates our joint skills as well as the region’s development potential.

Could you highlight some of the benefits of working in the Middle East?

The investment programme in the Middle East is still one of the best funded programmes in the world especially in KSA and the UAE. We believe that this will still be the case for a very long time. Those investments are mainly focussed on our sectors of expertise –  energy and infrastructure. As such, expanding our footprint to this region gives us the opportunity to be involved in some of the most ambitious energy and infrastructure projects.

Moreover, the Middle East is a very good geographical platform from which we can also develop our activities in business hubs around Africa and South East Asia.

What are some of the key challenges you see in the industry across the region?

In the GCC region, we see that completing projects (in infrastructure or energy) within the planned budget is becoming a constraint. Thus, realising projects on time, within the budget and the operational performance desired is today a real challenge for the project owners, hence an increasing importance for the project managers’ role.

The role of project managers is not only getting more important but is also becoming more complex. Indeed, new and complex technologies are now integrated in energy and infrastructure projects, increasing the level of risks throughout the realisation of the project. Thus, the project manager needs to have a deep technical/technological understanding and be able to manage strong safety and security constraints to conduct the project efficiently.

We believe that our extensive track record in complex sectors such as nuclear, life sciences or aerospace gives us the skills required to address these highly regulated environments with demanding safety and security requirements

The integration of new technologies such as smart grids entails new issues in terms of safety and security as previous closed networks are now mixed with new lockless technologies. In order to face these challenges, Assystem has developed specific offers, namely in the domain of cyber security. We are, for instance, working on a R&D programme founded by the European Commission – SCISSOR project – to develop a comprehensive cyber security programme for industrial systems

Finally, digital technologies will have a major impact on engineering. New technologies reducing the time and costs of projects completion will revolutionise this industry. Our history in products engineering (Assystem is the first independent engineering in the sector of aerospace in Europe) will give us the ability of developing solutions adapted to the energy and infrastructure sectors quickly in this new context.