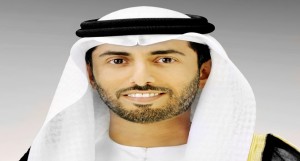 The Minister of Energy will chair the first session on the subject of energy subsidies and deregulation of fuel prices. Other leading officials participating in the debate include Marc Mollema, Managing Director, Global Head of Energy and Resources – NBAD and Maria Vagliasindi, GCC Energy Expert – World Bank.

This event is sponsored by Arab Development Company (ARDECO), LeasePlan and Tenaris. 200 senior management executives will gather at the event, share their opinions and vote for the report’s 2016 awards, recognising the accomplishments of companies and individuals active in Abu Dhabi’s oil and gas industry.

The Oil and Gas Year’s strategic roundtable will be a meeting of the best minds in the UAE’s oil and gas industry and give the opportunity for top executives to share best practices. The event is strictly by invitation only.