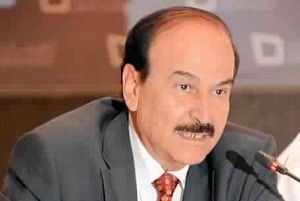 Minister of Energy Dr. Abdulhussein bin Ali Mirza has said that the kingdom of Bahrain will develop water and electricity networks worth up to 1.5 million Bahraini Dinars (about USD four million) for the 2015-19.
In a press statement on Monday, Mirza said that the aim of this plan is to keep pace with the urban development in the kingdom through implementing a number of development projects.
One of the most important strategic projects of the Electricity and Water Authority (EWA) is to construct a new backbone transmission network at a voltage of 400 kV, he said, noting that the envisaged network shall include the construction of three main transmission substations at the voltage of 400 kV.
He said that this project financed by Kuwait will be fulfilled by 2017.
Mirza pointed out that the EWA is continuing the implementation of a project of upgrading the 11kV high voltage network in the various governorates with the aim of further minimizing power interruptions.
The estimated cost of these projects is USD 265 million, or BD 100 million. The project is under construction until the end of 2016.
Concerning the development of the water networks, the minister said that the EWA is also in the process of implementing a number of development projects during the next stage, at an estimated cost of USD 182.