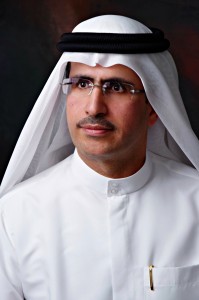 Saeed Mohammed Al Tayer, MD and CEO of Dubai Electricity and Water Authority, DEWA, has said that the Authority has launched a number of successful initiatives to strengthen its energy and water infrastructure in line with international standards to contribute to hosting the best Expo the world has witnessed in 2020, and to meet the developmental needs of the Emirate, saying, “Our goal is to promote the Green Economy for Sustainable Development initiative for the sustainable future of the U.A.E.” He made these comments while receiving Charles H. Rivkin, U.S. Assistant Secretary of State for Economic and Business Affairs, who led a high-ranking delegation which included Robert Wooler, US Consul-General in Dubai, Omar Parbhoo and Tarek Fahmy of the Bureau of Economic and Business Affairs Office and Kaveh Vessali, Vice Consul and Economic Affairs Officer at the US Consulate-General in Dubai, Mr. Al Tayer welcomed the delegation saying that the visit is a good opportunity to exchange views for enhancing cooperation between U.S. companies and DEWA in the energy sector.

Al Tayer said, “DEWA is committed to promoting the sustainable development of Dubai in line with the directives of His Highness Sheikh Mohammed bin Rashid Al Maktoum, Vice President and Prime Minister of the U.A.E. and Ruler of Dubai. We also work to achieve the goals of the Dubai Integrated Energy Strategy 2030 outlined by the Dubai Supreme Council of Energy to diversify energy sources by 2030. Among other initiatives to promote sustainable growth is the WETEX exhibition and the World Green Economy Summit 2014. To achieve a diversified energy mix, we are developing the second phase of the Mohammed bin Rashid Al Maktoum Solar Park to generate an additional 100MW and the Hassyan clean coal plant which will generate an additional 1,200MW. To further strengthen our power capacity, we are expanding M Station to achieve a total capacity of over 2,600MW”.

Al Tayer discussed his perspectives on the energy sector, and the importance of partnerships to strengthen the sector. He also underlined the need for diversifying energy sources, with a particular focus on renewables, especially solar energy, to meet future needs and for sustainable development.

“DEWA has launched a number of successful initiatives to strengthen its energy and water infrastructure in line with international standards to contribute to hosting the best Expo the world has witnessed in 2020, and to meet the developmental needs of the Emirate. Our goal is to promote the Green Economy for Sustainable Development initiative for the sustainable future of the U.A.E.,” added Al Tayer.

Al Tayer provided a comprehensive review of the electricity, water desalination and renewable energy landscape in Dubai, and highlighted its efforts to achieve the goals outlined by the Dubai Integrated Energy Strategy 2030 to reduce energy and water consumption by 30% by the year 2030. He described DEWA’s Sustainable Building in Al Quoz, which is the largest government building in the world with a Platinum rating for green buildings from the US-based Leadership in Energy and Environmental Design (LEED). The building saves 66% of energy consumption and reduces water consumption by 48% by drawing on the highest international standards for green buildings.

“DEWA is also an active partner in achieving the Smart Dubai vision announced by His Highness Sheikh Mohammed bin Rashid Al Maktoum, and works to ensure the management of all city facilities and services through smart integrated systems that enhance the quality of life of Dubai’s residents. We have a clear strategy to build one of the best electricity and water distribution networks in the world with an investment of AED 7 billion, which also supports demand side management programmes. We plan to install 72,000 new advanced meters for new connections, and replace all the old mechanical and electromechanical meters during the next 5 years, at a rate of 200,000 meters a year. The application of smart technologies will help manage demand in domestic and commercial sectors and industries, and also to obtain accurate and useful data to improve the quality of life of Dubai’s residents,” said Al Tayer.

DEWA’s CEO went on to say that the Authority has achieved very competitive results compared to leading European and American companies in efficiency and reliability. “Our results exceed the performance of the private sector and even European and American institutions. We have reduced losses in electricity transmission and distribution networks to 3.46% compared to 6% to 7% in Europe and the United States. We have also reduced water losses to 10% compared with 15% in North America, setting a new global standard.

“Our results are among the best in the world. For customer minutes lost per year, DEWA’s figures reached 5.62 minutes, significantly better than 16.4 minutes recorded by counterparts in the European Union. Our achievements have contributed to the U.A.E. being ranked first in the Middle East and North Africa (MENA) and fourth internationally for getting electricity, according to World Bank Report 2014,” said Al Tayer.

“DEWA promotes resource-use efficiency and increased its production capacity by 400 MW without burning additional fuel. We are working on the application of a new strategy to manage energy demand, under the guidance of the Dubai Supreme Council of Energy. This covers eight programmes including specifications and regulations for green construction, rehabilitation of existing buildings, district cooling, wastewater reuse, laws and standards to raise the standards and efficiency of devices, and working with private companies to retrofit over 30,000 buildings in Dubai,” Al Tayer concluded.

The U.S. Assistant Secretary of State conveyed a message from Penny Pritzker, U.S. Secretary of Commerce, who had recently visited DEWA and commended its achievements. Charles H. Rivkin thanked Al Tayer for the reception and hospitality.