APICORP: Investments in Arab energy to total $685 billion over next five years 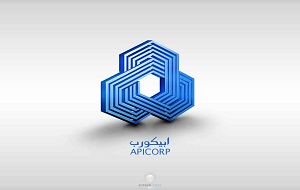 Energy capital investments in the Arab world will total $685 billion over the next five years, according to a new report by the Arab Petroleum Investments Corporation (APICORP), which was presented to officials and delegates at the 10th Arab Energy Conference in Abu Dhabi last week.

It stated that energy sector investments would have dipped even further had it not been for an apparent catch-up effect, particularly evident in the power sector, as well as ever-increasing project costs.

The report highlighted the growing divide between the GCC and rest of the Arab region in terms of their credit ratings, and it pinpointed three primary constraints on energy investments. These were the unrelenting cost of project inflation, the paradoxical scarcity of fuel and feedstock such as natural gas and ethane and the accessibility of funding, which will be exacerbated if oil prices remain low and below national break-even levels over the long term.

Commenting, Ali Aissaoui, Senior Consultant at APICORP and author of the Outlook, said, “The energy scene is changing rapidly but we expect oil prices to remain depressed for some time. The general macro-economic and energy investment climate is already impacting on many Arab countries’ ability to access the necessary funding for investment in energy related projects, but the lower price of oil will likely be an additional constraint on access to finance.

“While we are not a policy making organisation, given the investment outlook and current constraints, we would propose steps are taken by the relevant authorities to improve the overarching investment climate. They should consider methods to reduce the cost of projects and the impact of inflation, address the feedstock scarcity paradox, and promote the full sweep of equity and debt financing options available to the sector.” APICORP, an investment company established by the ten member states of the Organisation of Arab Petroleum Exporting Countries in 1975, and a sponsor of the 10th Arab Energy Conference, participated in sessions with other industry leaders to discuss energy sector developments under the central theme of ‘Energy and Arab Cooperation’.

Ahmad Bin Hamad Al Nuaimi, APICORP’s Chief Executive Officer and General Manager, added, “Next year will see APICORP celebrate its 40th anniversary. Over the past four decades, our efficient and effective equity investments and loans have helped to develop the energy industry in the Middle East and North Africa, enabling this vital sector to make a significant contribution to economic growth and prosperity for the Arab people.