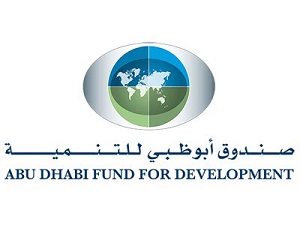 Abu Dhabi Fund for Development, ADFD, has signed a loan agreement with the government of Sierra Leone, by which the fund will provide more than AED33 million in financing to the Solar Park Freetown project.

Mohammed Saif Al Suwaidi, Director General of ADFD and Dr. Kaifala Marah, Minister of Finance and Economic Planning in Sierra Leone signed the agreement. The loan will establish a solar power plant in the city of Freetown which will generate 6 megawatts (MW) of clean, renewable electricity.

The project will encourage a partnership between the public and private sectors in the renewable energy field, providing job opportunities in construction, operations and maintenance works.

Mohammed Saif Al Suwaidi, Director-General of ADFD commented on the occasion, “We aim to help communities in developing countries achieve the highest levels of progress. We hope to be a partner and strong contributor to achieving sustainable development through offering concessional loans and administering government grants to finance development projects that affect vital sectors including renewable energy, an important pillar to achieving sustainable development.

“We believe in supporting developing countries and helping them deploy renewable energy as a substitute for traditional energy that has negative effects on humans and the environment. We believe in the importance of encouraging investment in renewable energy and that s why we launched this initiative,” he added. 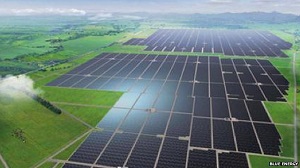 Dr. Kaifala Marah said, “The solar energy project for the city of Freetown will provide electricity to many rural villages using solar energy developed technologies which will lead to improvements of the social and economic conditions for the people in the Freetown area.” He went on to express his high esteem for the efficient role the Government of U.A.E. and the ADFD are playing in promoting development in his country by funding such vital development projects, saying, “This is helping them to overcome the difficult economic conditions by improving the performance of the main economic sectors, leading to advancing sustainable development in his country.” Previous relations between ADFD and Republic of Sierra Leone include a AED20 million loan to finance the Toke – Lumley road project in 2012. This major infrastructure project was designed to support economic and social development in the peninsula of Freetown by linking it with the capital and other areas of the country.