As Qatar readies itself to host football fans from all over the world for the 2022 Fifa World Cup, it unveils its latest ‘world cup infrastructure project’: a $3.6 billion power and water plant. 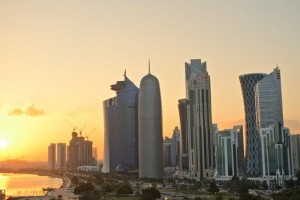 The consortium will be responsible for the construction of a 2,520 MW and 136.5 MIGD (million imperial gallons per day) power and water plant, known as Facility D. The plant is expected to have a capital cost of around $3.5bn, and is scheduled to be commissioned in the second quarter of 2017.

In a statement, Eversheds Partner Tim Armsby says: “This is the first time that reverse osmosis technology will be used in Qatar for water desalination. We are thrilled to be involved in one of the largest power and water projects in the world which is unique in combining thermal and reserve osmosis technologies on such a huge scale.”

In the past few years, state-owned entities in Qatar have commissioned projects worth hundreds of billions of dollars to upgrade transport facilities, energy, and  water supplies providing a huge growth potential for regional and international companies.