The Masdar Institute of Science and Technology and the International Renewable Energy Agency (IRENA), jointly announced that the third group of 21 IRENA-Masdar Institute scholars will be graduating on 26 May. 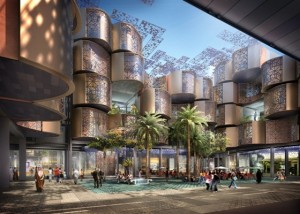 The IRENA scholars will be receiving their degrees at the fifth Masdar Institute commencement ceremony.

Dr. Fred Moavenzadeh, President, Masdar Institute, said, “We are proud of the 21 IRENA scholars who will be graduating with us at the fifth Masdar Institute commencement ceremony. We hope they take the education, research experience, and inspiration gained during their time at Masdar Institute out into the world to affect positive and sustainable change.”

Adnan Z. Amin, Director-General, IRENA, said, “Year after year, the high calibre of the Masdar Institute students makes us honoured to be associated with the IRENA scholars programme. We congratulate the third group of IRENA scholars and hope that this unique opportunity has prepared them for a bright future taking on tomorrow’s greatest energy challenges.” 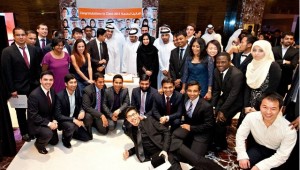 The graduating scholars praised IRENA for organising its series of lectures that proved to be informative and highly relevant knowledge-exchange sessions.

IRENA scholar Isaac Kofi Otchere, an Electrical Power Engineering student, hails from Ghana and believes his country currently needs sustainable and reliable energy in order to tackle power deficiency. Building on his in-depth knowledge and skills on a wide range global renewable energy concerns, he completed his voluntary service for the implementation of a micro grid wind turbine power project in Abaarso School of Science and Technology, Somaliland.

Otchere said, “I am really proud to be an IRENA scholar. The special lectures organised by IRENA added a new dimension to my renewable energy outlook analysis of global challenges and the prospects in building a clean energy corridor in Africa. I have acquired technical knowledge through networking with IRENA energy experts on the awareness of rethinking renewable energy integration towards the holistic planning and design of a future power grid.”

Rabbani said, “Being an IRENA scholar, I was fortunate enough to listen to some of the best scholars, researchers and clean energy ambassador through several interactive sessions. The role of IRENA in preparing the students for future challenges through the scholarship programme has really been phenomenal.” 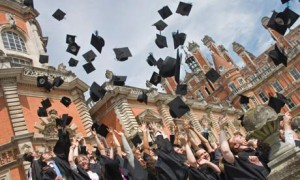 Another IRENA scholar Desmond OkwabiAmpofo, also from the Electrical Power Engineering programme, is a member of the project team of Engineers Without Borders (EWB). Ampofo explained that the specially-organised IRENA lectures helped him to realize that renewable energy is not only a source of clean energy, but can also provide a way of transforming communities on a sustainable path, especially in developing countries where access to energy is a challenging issue. Like Otchere, Desmond has also travelled to Somaliland with a team of students to install solar heater water pumps and LED lights in a school located at a remote area called Abaarso, which helped reduce energy consumption. He has also participated in the IRENA initiative ‘Rethinking Energy: Towards a new power system.’