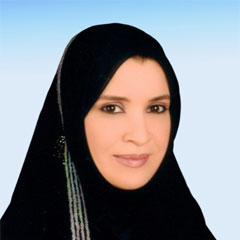 Sheikh Hamdan bin Mubarak Al Nahyan, Minister of Higher Education and Scientific Research, in his address to the gathering, paid a glowing tribute to H.H. Sheikha Fatima (Mother of the Nation) for her generosity and as a pioneer of development, education, women’s movement and a supporter of charity works.

The minister also recognised the remarkable efforts made by Sheikh Nahyan bin Mubarak Al Nahyan, Minister of Culture, Youth and Community Development, during his leadership of these three national key education institutions.

”The annual graduation ceremony is a dear occasion where outstanding performers are crowned, where we see joy and smiles painting the faces of our distinguished female graduates and their families. We wish them success in their practical life after they have successfully passed their academic life in the service of their homeland and community, of which they constitute the important half,” Sheikh Hamdan added.

Sheikh Hamdan said that what the U.A.E. is providing for education and knowledge, to empower its children inside and outside the country, is commendable.

”Since its inception, the U.A.E. and its leadership have been placing education, health and security at the top of the list of priorities for building the nation and its civilisation,” he said.

The minister congratulated President His Highness Sheikh Khalifa bin Zayed Al Nahyan on the graduation of the 34th batch, which comes as a fruit of his unlimited support for education, higher education and scientific research.

It is also, Sheikh Hamdan went on to say, a culmination of efforts, follow up and directives of Vice President and Prime Minister and Ruler of Dubai, His Highness Sheikh Mohammed bin Rashid Al Maktoum.

She also thanked Sheikha Fatima for patronizing the event and for leading the advancement of the UAE women in all fields.