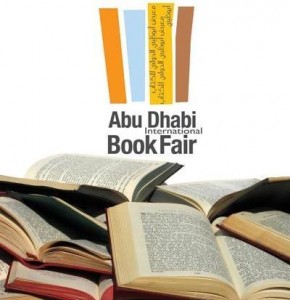 In his opening remarks, Sheikh Nahyan described the event as one of most important book fairs internationally as it attracts the world’s largest publishers and representatives of similar major book fairs and national libraries.

Sheikh Nahyan also expressed his pride in the prestigious stature of Abu Dhabi International Book Fair as well as the role it plays in enriching the cultural and intellectual landscape in the region and beyond.

He expressed his thanks for President His Highness Sheikh Khalifa bin Zayed Al Nahyan who “always emphasises the importance of knowledge and science for the progress of the state and the nation and strongly backs research, writing, publishing and translations in all fields which he considers instrumental in building the knowledge-based society.” Sheikh Nahyan thanked the patron of the book fair, His Highness General Sheikh Mohamed bin Zayed Al Nahyan, Crown Prince of Abu Dhabi and Deputy Supreme Commander of U.A.E. Armed Forces, for his support to all cultural activities in Abu Dhabi and U.A.E. and therefore bolster the foundations of culture, encourage all including nationals to engage in the quest for knowledge as well as for developing, documenting and disseminating it to spread the benefit for all.

The 24th Abu Dhabi International Book Fair (ADIBF) which runs to May 5th saw 10% increase in the number of participating publishers over last year, according to Juma Al Qubaisi, ADIBF Director and Executive Director of the National Library, a division of Abu Dhabi Tourism ‘&’ Culture Authority (TCA Abu Dhabi), in his remarks at a press conference yesterday With 100 new exhibitors, a 10% increase over last year, the 1,125 exhibitors represent 57 countries, displaying more than 500,000 titles in 33 languages encompassing all genres of literature. Making their ADIBF debut are 120 publishers, including 16 local exhibitors, said Al Qubaisi.