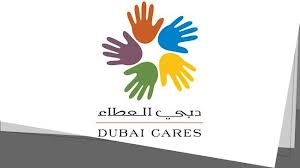 More than 240,000 primary schoolchildren have benefitted from the work undertaken by the organization, in conjunction with Unicef and the charity CARE International, after the 7.0 magnitude earthquake which hit Haiti in January 2010, severely damaging or destroying half of the country’s 15,000 primary schools and affecting one million primary school aged children.

A Dubai Cares delegation recently conducted a field visit to Haiti to evaluate the impact made on the lives of the children and their families, marking the successful completion of its programmes in the country, the charity said in a Press release.

“In response, under the direction of His Highness Sheikh Mohammed bin Rashid Al Maktoum, Vice-President and Prime Minister of the UAE and Ruler of Dubai, to provide educational assistance to 200,000 children in Haiti, Dubai Cares worked very closely with its partners on the ground, Unicef and CARE International, to identify the education sector’s needs, and develop and effectively deliver primary education programmes,” he said.

In partnership with UNICEF, Dubai Cares implemented a programme for the creation of child-friendly WASH-in-Schools facilities (Water, Sanitation and Hygiene) which impacted the lives of 158,600 children. The programme was planned and designed in coordination with national and departmental authorities and involved the provision of supplies and equipment to 220 schools, training of 660 teachers and orientation of 6,600 teachers on hygiene promotion, and installation of 20 child friendly WASH facilities in schools.

Dubai Cares’ work with CARE International had helped 82,134 children, through providing furniture for at least 100 schools, supplies to help a further 100 schools reopen and rebuilding water and sanitation facilities at other schools.

“We are confident that the impact made by our rehabilitation, restoration, provision of WASH in schools’ facilities and hygiene promotion efforts will be for the long-term, inspire similar large-scale efforts and outlast generations to come,” Al Gurg added.

CARE International Haiti director, Jean-Michel Vigreux, said, “Dubai Cares has been instrumental in allowing CARE Haiti to expand our reach to children who previously did not have access to quality education in Haiti.” He said other work including teacher training, child’s rights and environmental risk re-education had been undertaken with the support of Dubai Cares.

“Haiti still faces tough challenges in improving its access and quality education to children, however with the help of Dubai Cares and local government, we are moving forward to bring equal and equitable education for all.” Launched in September 2007 by His Highness Sheikh Mohammed Bin Rashid Al Maktoum, Dubai Cares expresses the UAE’s commitment to achieving, by 2015, United Nations Millennium Development Goals (UN MDG) 2 and 3 – namely, to guarantee universal primary education and to promote gender equality, respectively.