UAE to play a leading role in emerging Global Hydrogen Market Dubai Municipality wins 10 categories of international Stevie Awards $303,000 up for grabs as Adnoc Abu Dhabi Marathon makes its return UAE citizens, residents travelling to Britain may not need to quarantine from Oct.4 No COVID-19 test required to enter Abu Dhabi from within UAE 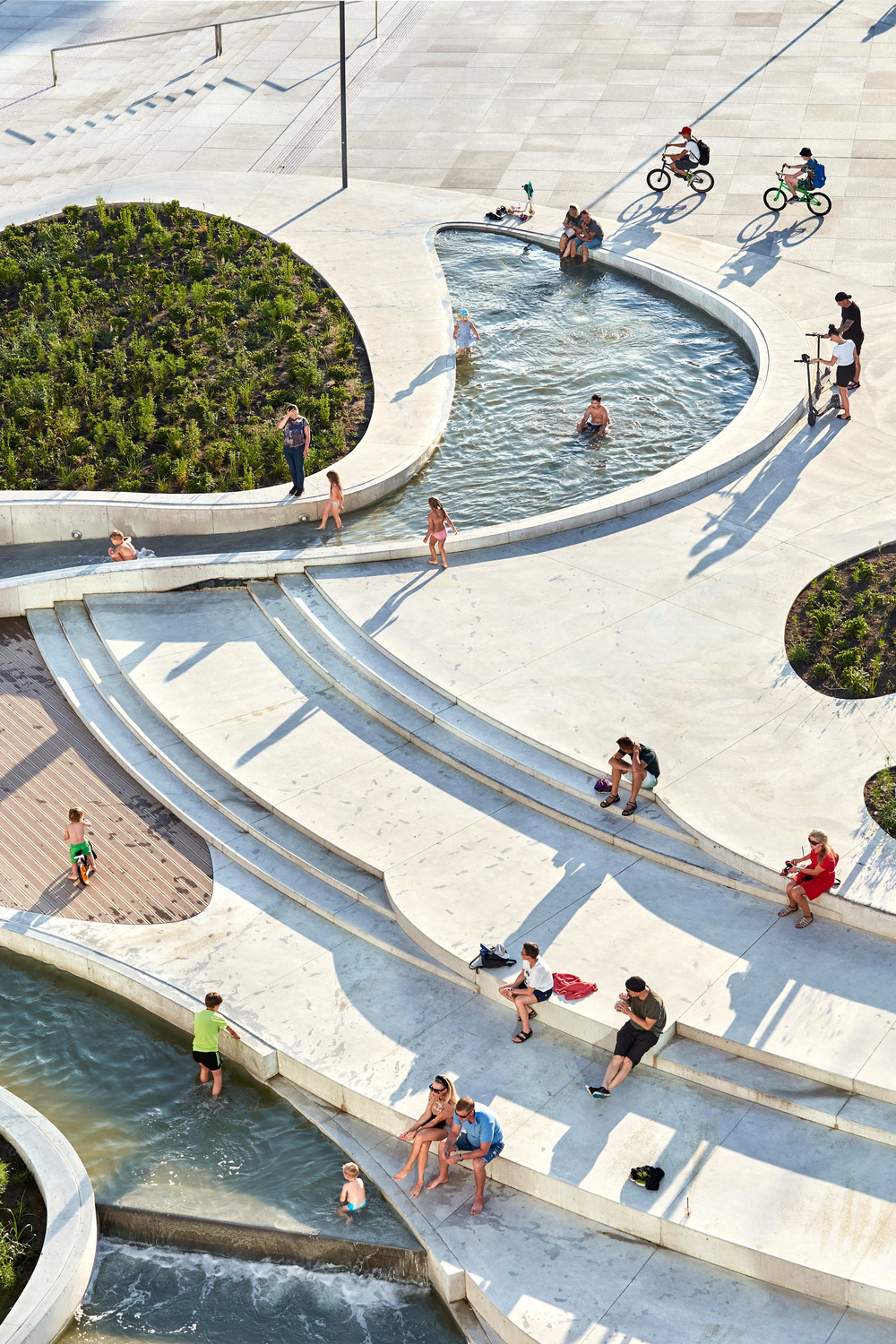 In the midst of a newly designed building ensemble boasting bright facades and ultramodern workspaces, the German architecture practice—3deluxe has created a visionary plaza for the client, SBA Group that is a celebration of contemporary mobility. Cyclists and scooters cruise along organically curved levels, between them oases of tranquility, water features, cafes, and restaurants.

This hybrid skatepark, playground, and the urbane living room have now opened – the perfect venue for a young, dynamic society. Cool Lithuania! 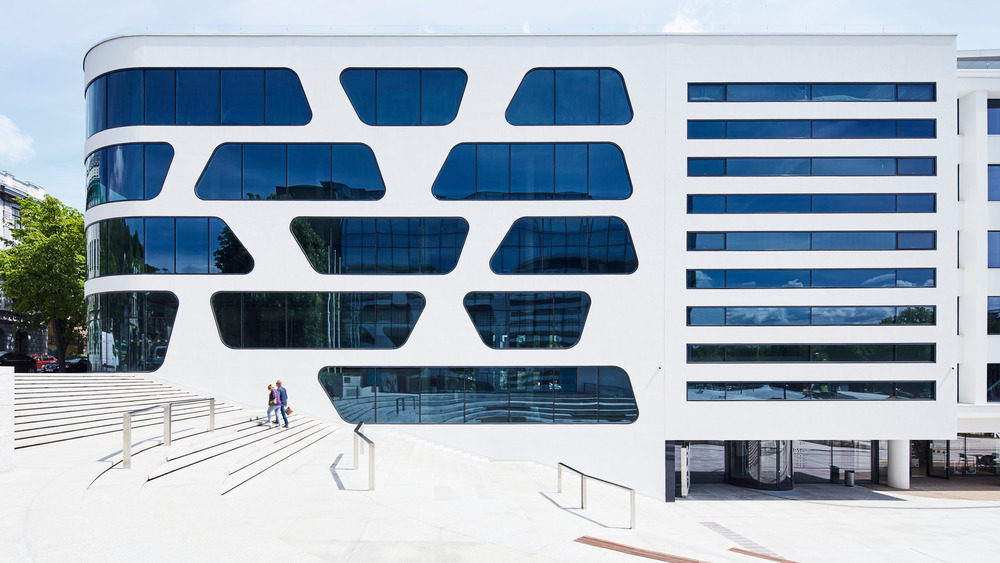 The real challenge was to preserve cultural heritage while creating space for social transformation. And the solution was innovative architecture that caters to the needs of today’s society: bright, friendly, open, and connecting.

Back in 2016, 3deluxe was commissioned with the complete transformation of the central square, together with the buildings that adjoin it on its eastern side – three new builds and two renovations, along with an underground garage that extends beneath the entire square.

Here, 3deluxe is creating an exciting ensemble featuring various architectural interpretations of the different eras that define the city. 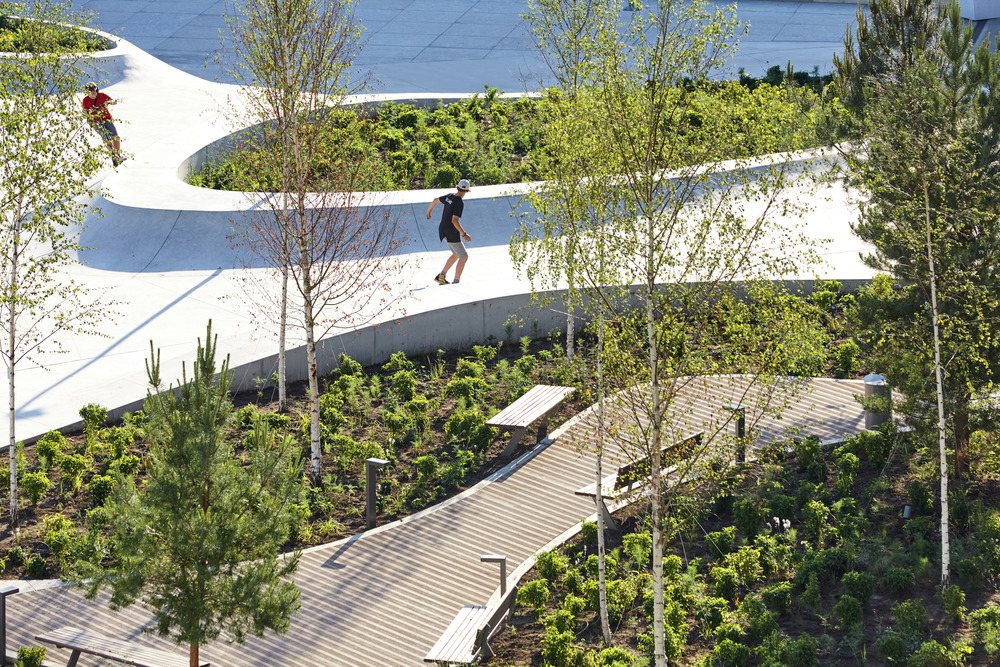 Hence, for example, the new corner building is an homage to Lithuania’s Art Deco heritage. With its rounded and organically shaped glass fronts and the elongated façade, the corner building is quite captivating thanks to its elegant simplicity and flowing forms. Here, the coming together of old and new building cultures is celebrated rather than concealed. Extensive glazing and unfussy design meet detailed window frontage featuring applied decoration inspired by the façades of the neighbouring historical buildings.

The central new-build block reflects the city’s Bauhaus tradition and forges a clear link to the now modernised dual ensemble that so epitomises the International Style of the early 1960s. The redesign of the façade picks up on the aesthetic simplicity to be found in this Baltic testimony to mid-century Modern, with a pronounced Cubist design vocabulary and clear lines.

An elongated roof pavilion covers both the newly built and the renovated structures and thus melds different styles to create a new whole.

The roof pavilion incorporates a roof terrace that stretches the entire length of the complex – a green oasis offering a magnificent view of the whole city.

The stylistic connection between all five buildings is their uniform, white-rendered façade, which enables all the buildings to merge into one radiant unit. 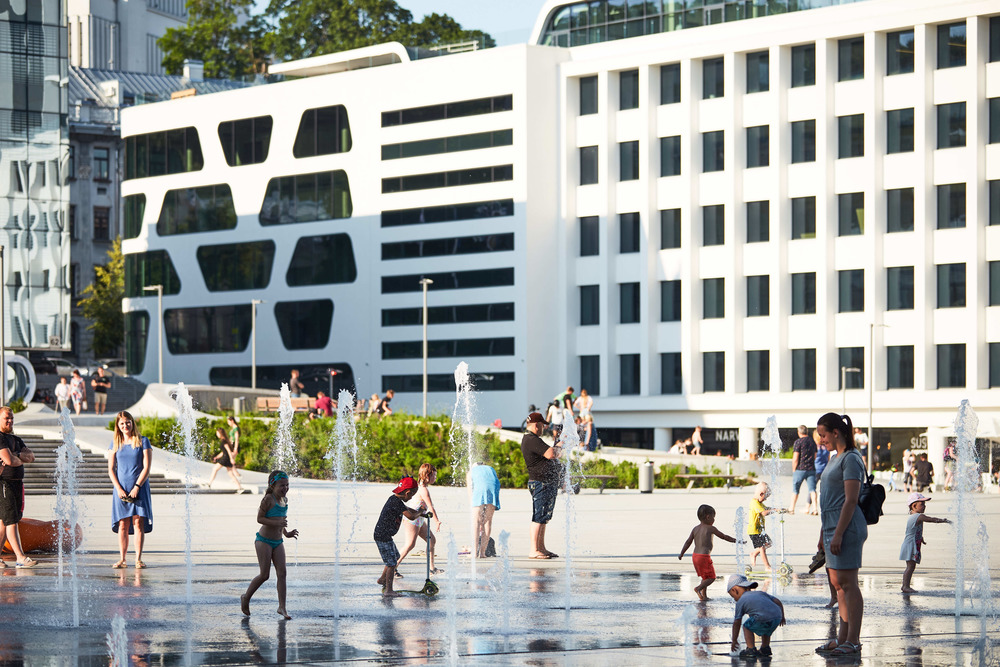 The redesign of the interiors likewise emphasises the idea of connection, since all the buildings are linked internally. Extensive lobbies, atriums, and open workspaces permit straightforward communication as well as concentrated and creative work. Meanwhile, shops, cafés, and restaurants inject further life into this modern, agile world of work and the lively, urban leisure society.

A historical square is transformed: 3deluxe initially developed two design levels that structure the entire surface as a grid made up of visible lines on the ground. One is linear and forms the historical context, in which the existing axes of vision and movement are taken into account. The other level is designed to be organic and fluid, reflecting the natural flows of movement of passers-by. This structuring gives rise not only to pathways but also to natural islands, which are enlivened in different ways: a green lawn for sunbathing, a skate park, a programmed fountain complex, or a modern event venue.

Another addition, lying opposite the new corner building, is a modern amphitheater, and the frontage facing it can be outfitted with a giant LED screen for public viewings when required.

Prepare your accounting practice for tomorrow’s challenges and opportunities