Ted Baker’s store will transport you to the famous gentlemen’s lounges of London! 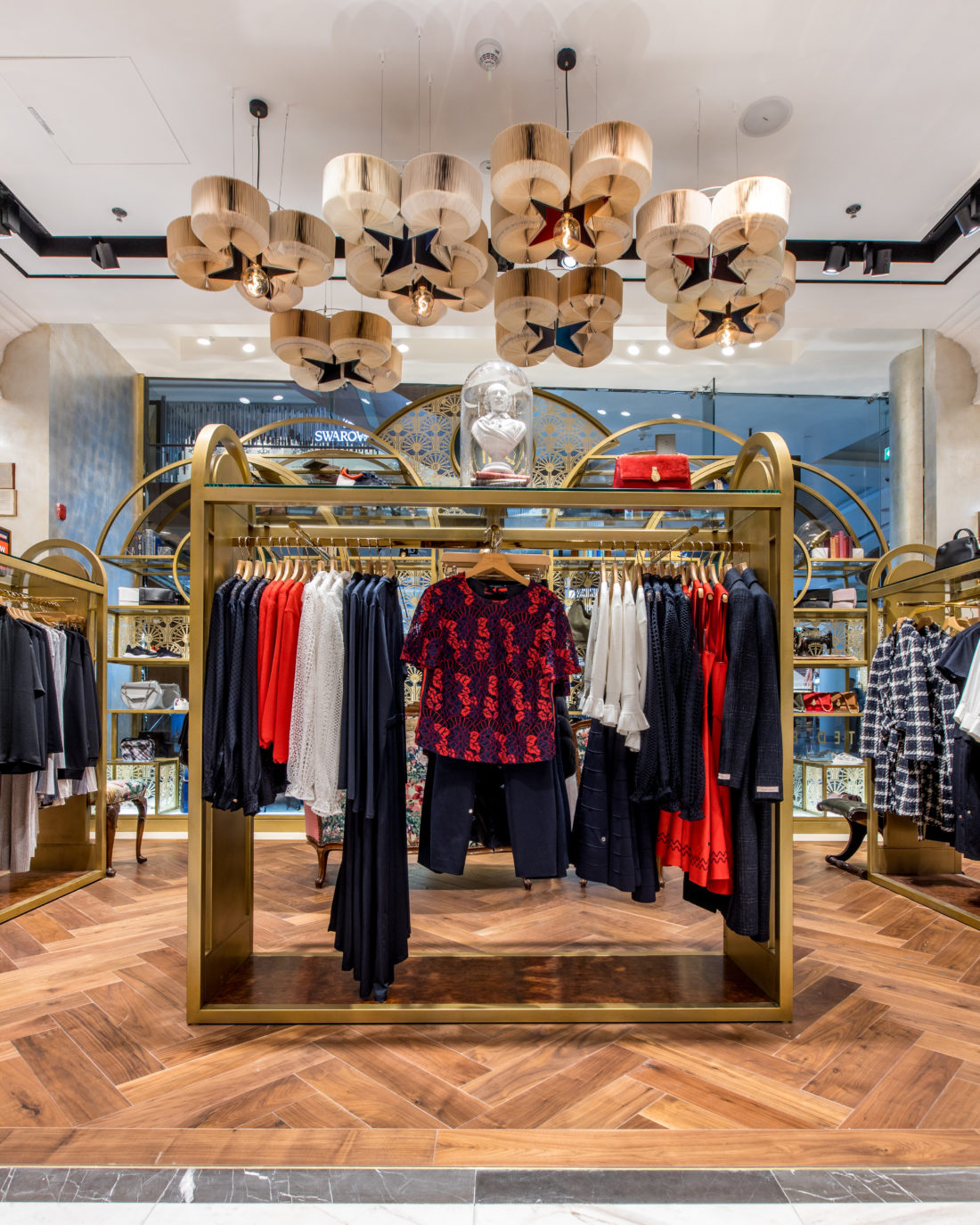 Ted Baker has recently opened it’s prestigious store at Dubai Mall store after relocating just around the corner, Ted’s flagship location has undergone a tailor-made makeover. In the heart of Downtown Dubai, known for threading together internationally recognised fashion and fine dining, this is his most grandiose setting of all for the newly improved Ted Baker store. 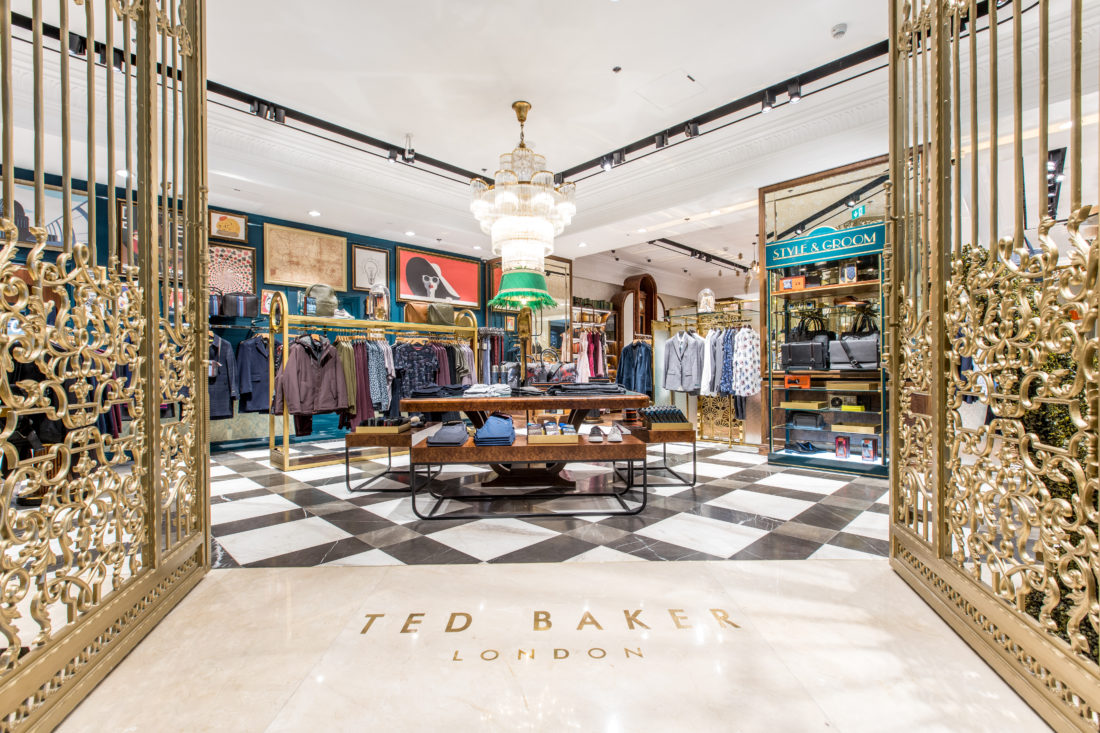 On approaching the store, you’ll be greeted by a picturesque English garden façade adorned with oversized hedges and grand metal gates. As you’re led through to the lobby and the drawing room, the store’s intricate detailing and finishes will transport you to the famous gentlemen’s lounges of London. This is Ted’s most premium store in the world, evidenced by the champagne flute chandelier and the upside-down hanging piano. 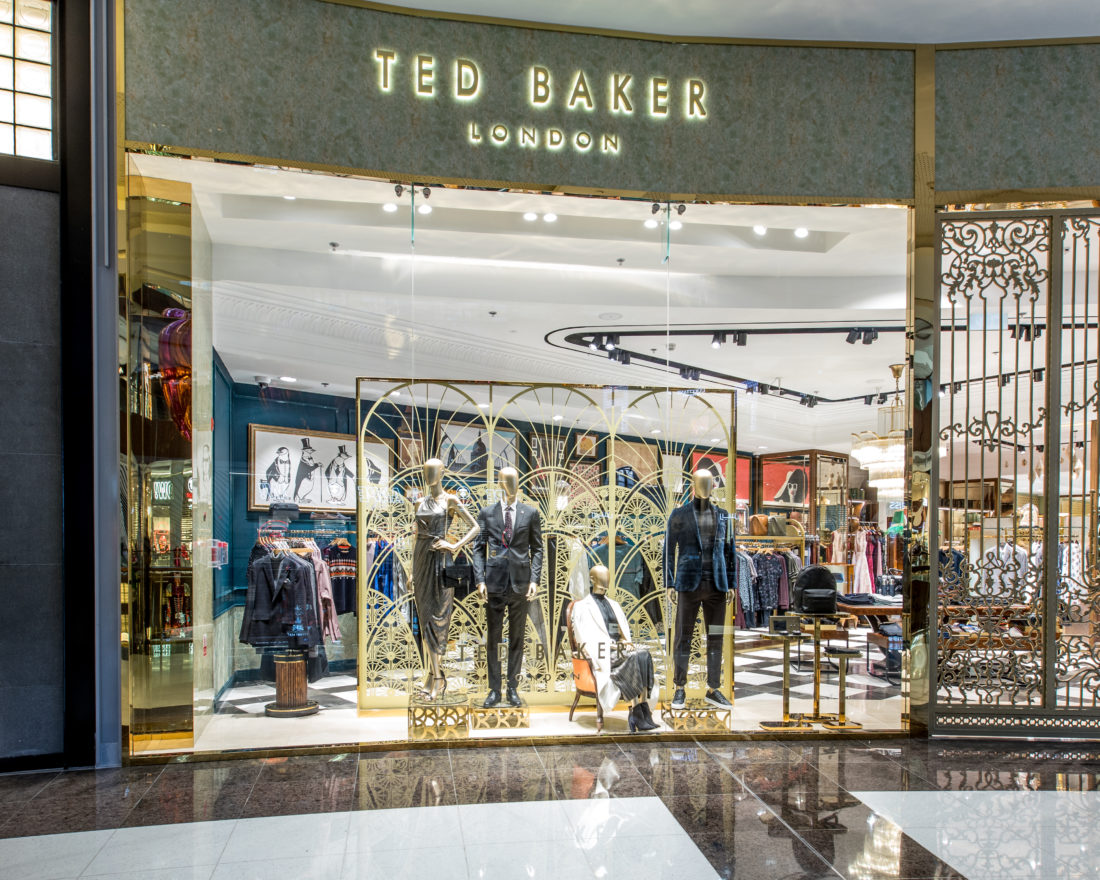