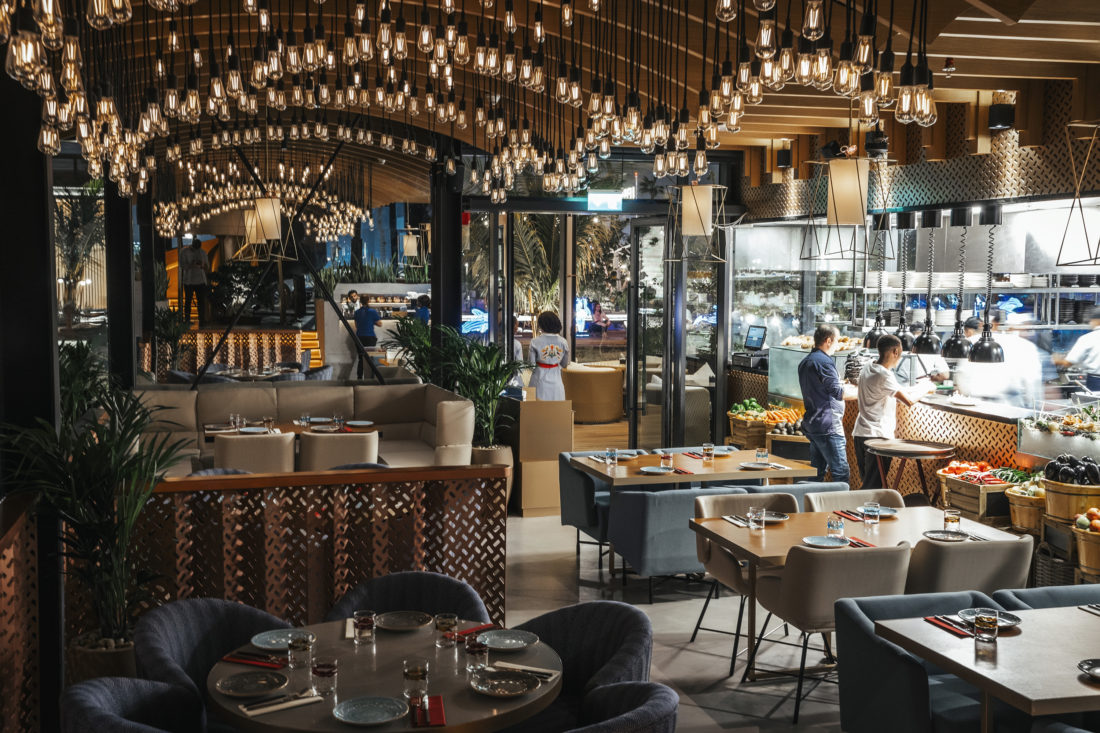 One of their most memorable projects is the OSH Restaurant at La Mer, Dubai. Working on an Uzbek cuisine restaurant in Dubai, S+S designers put an emphasis on the East without overwhelming the guest’s perception. This space gives a nod to architectural masterpieces of Samarkand in a combination of modern techno style and Eastern accents. Noble brass surfaces and concrete, aged folk paintings of neutral hues come into an exquisite mix with comfortable modern furniture of lively colours and textures.

To focus on the East, without overloading the perception of the guest, designers combined elements of national architecture with simple concrete surfaces, wood and comfortable modern furniture in neutral shades. 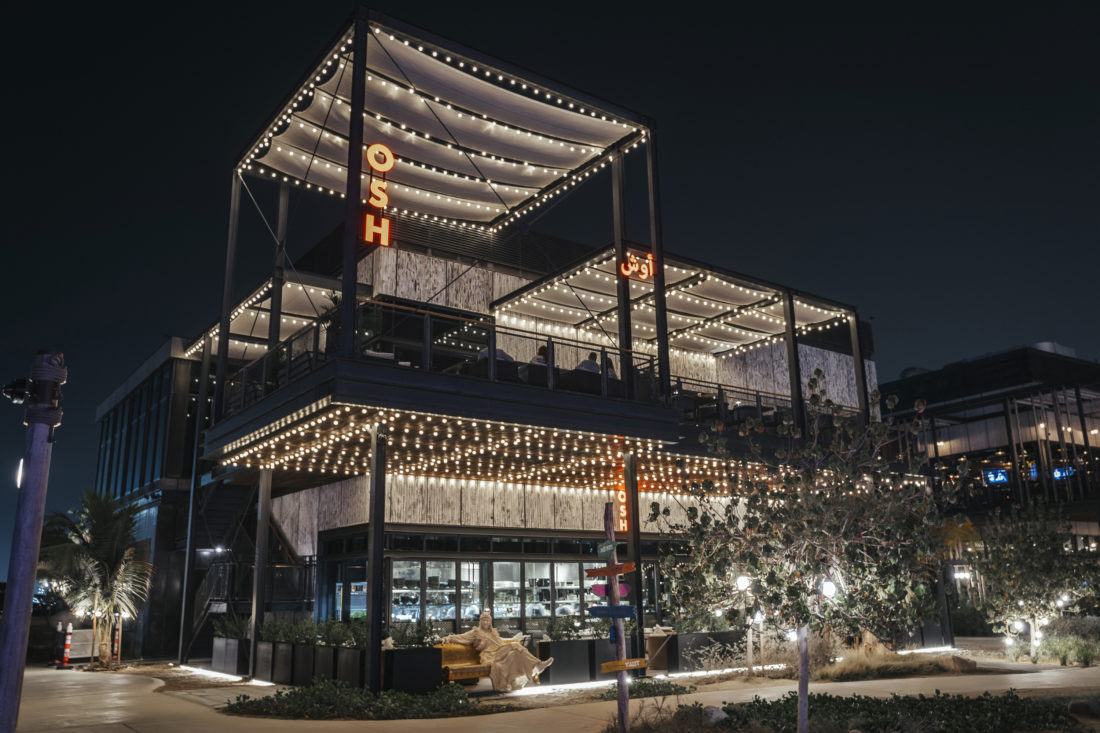 Stucco, imitating concrete slabs and fragments of national painting were used on walls of the first floor. Stacked natural wood, toned in numerous shades, is emphasised by concrete inserts.

To fence the stairs and partitions, S+S chose black metal perforated with gradient traditional patterns. The pattern only peeks through the first floor, fully unfolding into metal “lace” on the second. A solemn arched vault of suspended lights – a modern interpretation of ancient architecture – is placed in the centre of the first-floor hall. A hookah and high carved columns from eastern architectural ensembles take up the atrium space.

Modern furniture, comfortable for long feasts, is upholstered with natural linen, as discreet as possible, so as not to distract attention from the luxurious azure vaulted ceiling – an exact replica of halls in Samarkand. The mosaic of subdued shades along the ceiling line emphasises the bright coloured central arches. Concrete partitions with plants between sofas make another modern detail that clearly distinguishes the classic national surroundings.

A subtle Eastern pattern continues on the terrace: mosaic in the form of an enlarged national ornament on the floor, oriental candlesticks and curtains combined with modern plastic furniture of unusual shapes. 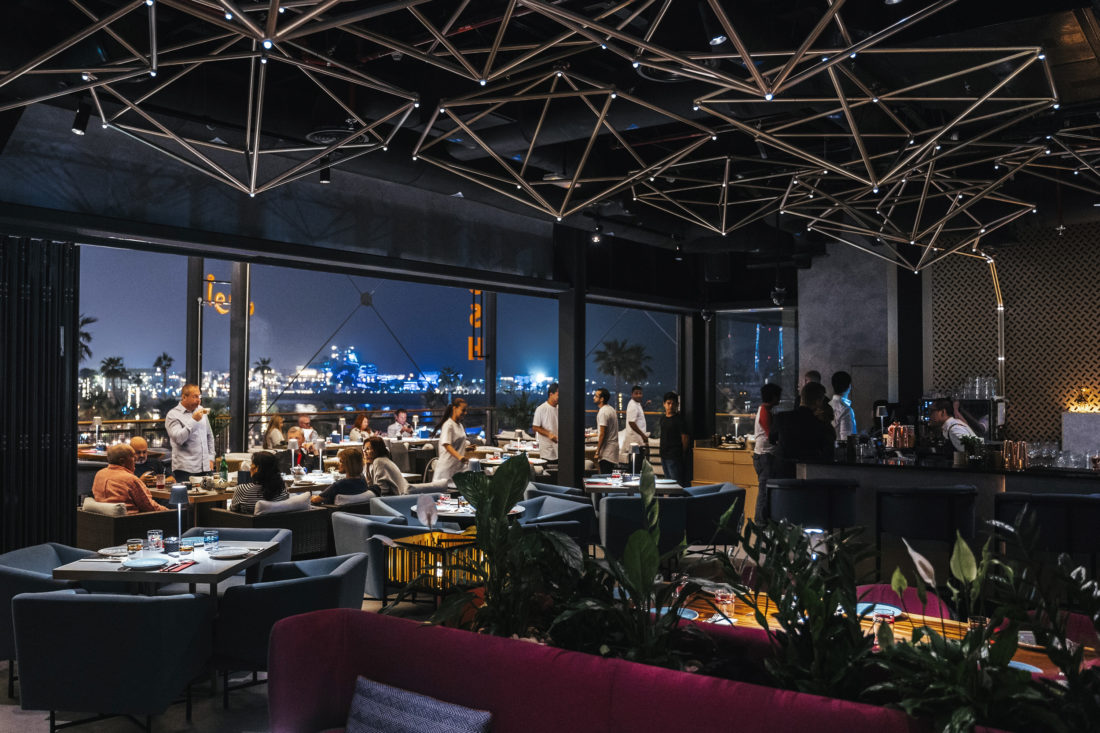