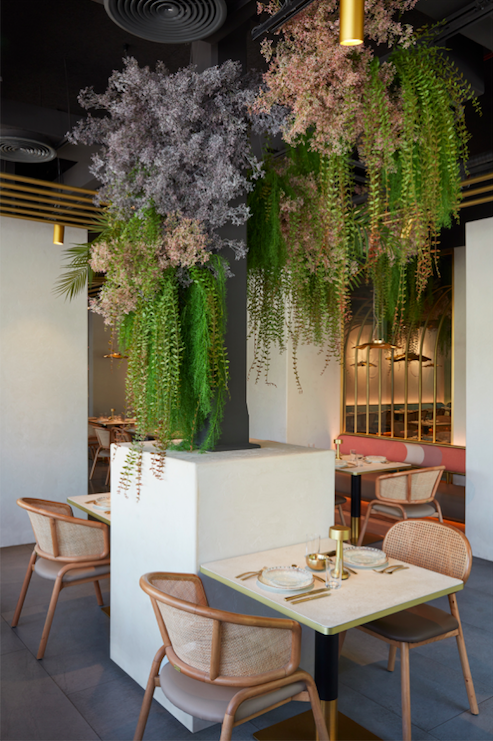 Roar has given the iconic Dubai restaurant Mezza House a contemporary overhaul. Drawing inspiration from the dramatic landscape of the Yarmouk River Valley – a small but magically diverse ecosystem on the border of Syria and Jordan. Reminiscent of Mezza House’s cuisine, which seamlessly fuses the different Levantine cultures, Roar has conceived a contemporary interior that reflects this wealth of subtle but important regional influences.

Pallavi Dean, founder and creative director of Roar, comments: “I have been a fan of Mezza House since it opened in the early 2000s. We wanted our design narrative to tell the original story of this iconic Downtown restaurant and retain its legacy, yet reimagine it for the next decade.”

Dean continues: “During concept development, we kept coming back to the Yarmouk River Valley. This is where Jordan meets Syria, where the lush riverbed rises to meet the jagged mountains, and where summer meets winter. It is also a designer’s dream: the landscape offers an incredible array of textures and colours as inspiration. Our client wanted to redefine what a contemporary Levantine restaurant should look and feel like in Dubai today so we thought the Yarmouk River Valley with its vast diversity has the perfect connotations.” 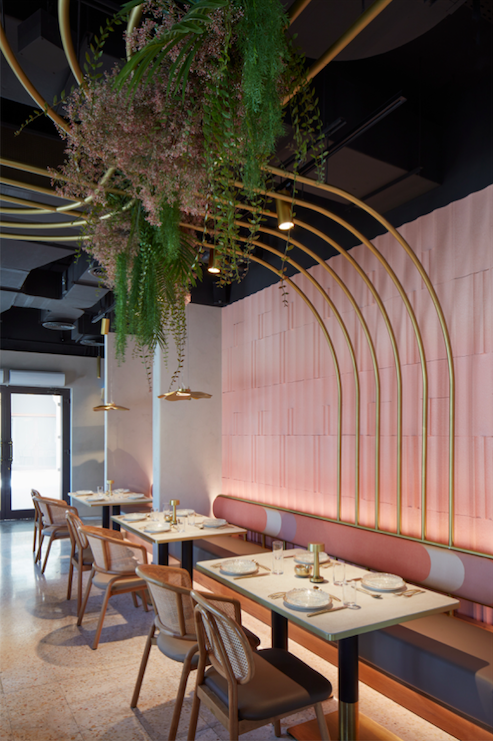 The restaurant is organised as a succession of naturally flowing areas rather than one open-planned space. A key part of the redesign is the labyrinthine network of golden pipes that runs across the restaurant, visually structuring the different zones and mapping out the guests’ journey.

A key element of Roar’s work is to bring the natural world indoors. As an early advocate of biophilic design, the studio has applied its principles throughout, from the rattan furniture and wall coverings to the striking floral arrangements suspended from the walls and ceiling.

A soft colour palette of rose and green hues was chosen for Mezza House. The pink tones evoke the Anatolian Orchid that thrives by the Yarmouk River, while the green notes are inspired by the leaves of the emblematic Atlantic Pistachio Tree that is found in the Valley.