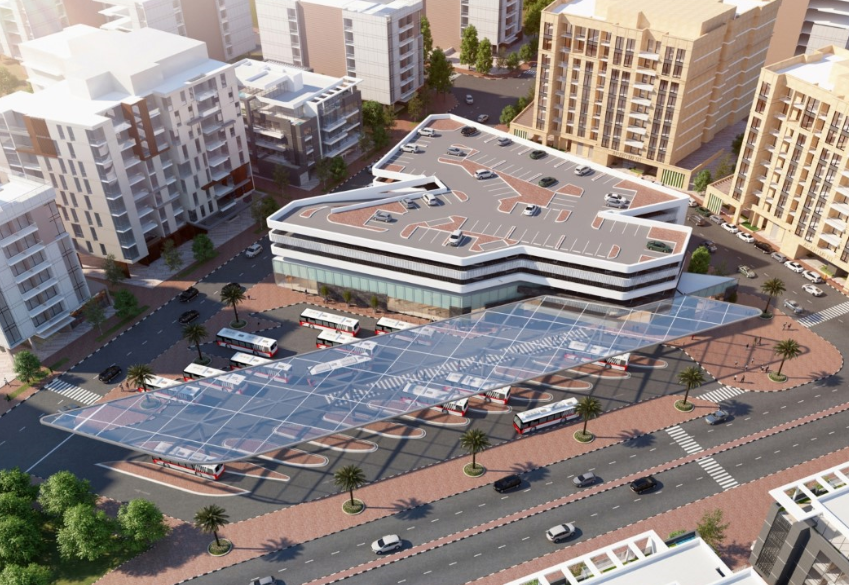 Mattar Mohammed Al Tayer, Director-General and Chairman of the Board of Executive Directors of Roads and Transport Authority, RTA, announced that construction of the two model public bus stations at Oud Metha and Al Satwa had reached 77%. He revealed that all construction works in both stations would be accomplished by the end of this year. “The construction of stations for public bus riders complements RTA’s efforts to upgrade public transport infrastructure and encourage people to use public transit means in their daily movement. The new stations boast of a unique design that blends innovative engineering designs with new concepts of public transport,” he said.

“The state-of-the-art design caters to the needs of sustainability and people of determination, yet it is coherent with the identity and shape of RTA’s stations. The role of the new stations goes beyond the prevailing concept of commuting passengers to encompass the offering of integrated services for passengers such as retail outlets, service points, offices and others,” explained RTA Director-General and Chairman of the Board.

Al Tayer made these comments during a virtual inspection tour of the two stations where site engineers gave him a briefing about work progress in both stations.

Works have been completed in the foundations and the concrete skeleton of Oud Metha Station, which spans a ground area of 9,640 square metres. The station is situated in a densely populated area neighbouring Oud Metha Metro Station, Schools, Community Clubs and business centres. The station serves several bus routes including the routes from Dubai Academic City and the International City.

Comprising ground floor, three levels and rooftop parking, the station features a design integrated with the public transport means in the area. It has parking areas for buses, taxis and private vehicles. The average number of riders using the station is expected to reach 10,000 riders.

The contractor of Al Satwa Station has completed works in the foundations, landfill, and the concrete skeleton. The station covers an area of 11,912 square metres and comprises of a ground floor, one floor and rooftop parking. The design of the station complements the use of public transit means in the area with parking spaces for buses, taxis and private vehicles.

The architectural design is inspired by natural elements of the UAE environment. It is characterised by an integrated modern pattern featuring a practical interior and superior exterior. The construction elements have been used to serve and form part of the architectural design while taking into consideration the use of an architectural theme befitting the shapes of buildings in the surrounds. RTA intends to construct 1550 bus shelters over 3-4 years in partnership with the private sector.