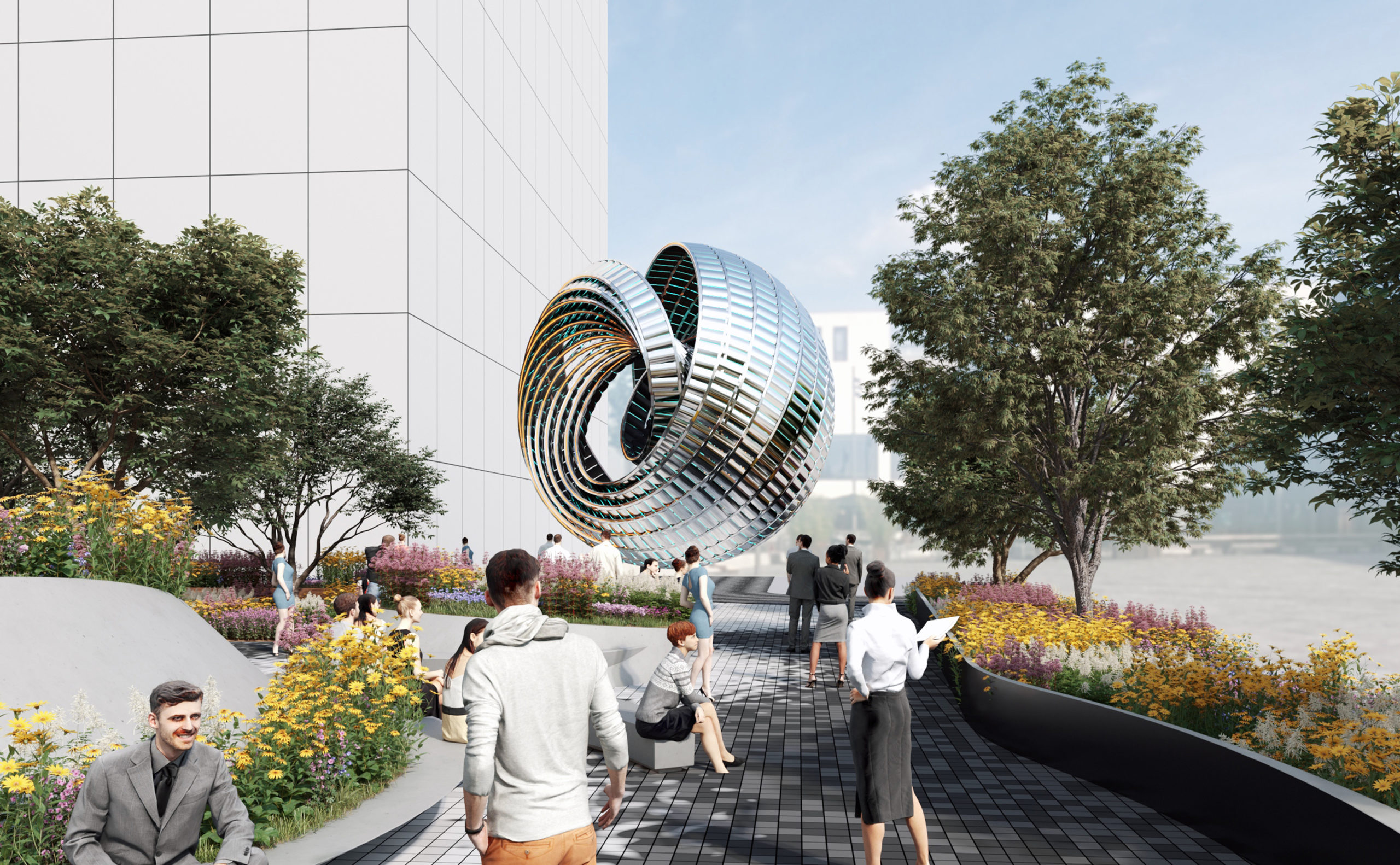 Mask Architects developed a proposal for a public artwork to be located in Nuevo Polanco, Mexico City—”Hole Zero + Timeless Kinetic Art Sculpture” that has been selected as one of five finalists among 340 international projects and artists for MassivArt and MIRA Investment and real estate development company in Mexico.

Designed by Öznur Pınar ÇER and Danilo PETTA “Hole Zero + Timeless Kinetic Art Sculpture” is the first spiral interactive movement and rotated lattice loop structure in the world which has filled easily controlled rotatable kinetic art panels by human movements where human are interactive and environmental data according to the location of the structure on the site.

Inspired by spacetime curving/bending which is uninterrupted curvature loop structure will be representing sustainability, environmentally innovation, technology, urban wellness, and sense of belonging powered by sun direction and also human movements in a day and night while the panels are controlled digitally with own programs which are Arduino electronic card and system. Called Alive Structure in a day and night by art installations and human interactions is also reflects the powerful stance on the plaza and represent bravery as a Mask Architects mission.

The story behind the sculpture is representing the real black hole, ” Spacetime Curve Bending as an uninterrupted on circle way and 4d dimension in space’. The curvature created in ‘SPACE and TIME’ has such an extreme spiral loop around a structure that beyond a certain point symbolises an infinite loop on space and existing timeless. The curvature of the form is inspired from ‘Spacetime Curving’ which represents the ‘Time-Space-Existing’ in a timeless Architectural spatial curvature form, uninterrupted-curve revolved around the form that takes a shape with the lattice steel main structure.

Each of the visitors represents ‘time changing in timeless’ while walking on through the path around ‘black hole.’ Time depends on the visitors’ speed such as ‘the speed of lights in space’ and Einstein’s theory of gravity. The spiral lattice structure which is in the form of a continuous loop ensures the formation of the main form with an uninterrupted flow. This uninterrupted and successive, endless form is a representative state of a black hole found in architecture.

People will see our immersive structure from any point in the square and also from the buildings according to the placement of the structure. Through the day and night, users will be able to interact with our structure with kinetic lighting installation and modular movements. The kinetic lighting will be a representation and sense of being in space.

Lighting installation and design will have fluent uninterrupted loop effects on the edge of the main structure such as black hole animation effects. The edge of the rotated lattice loop structure has the aluminium led profile to provide lighting with led strip elements.