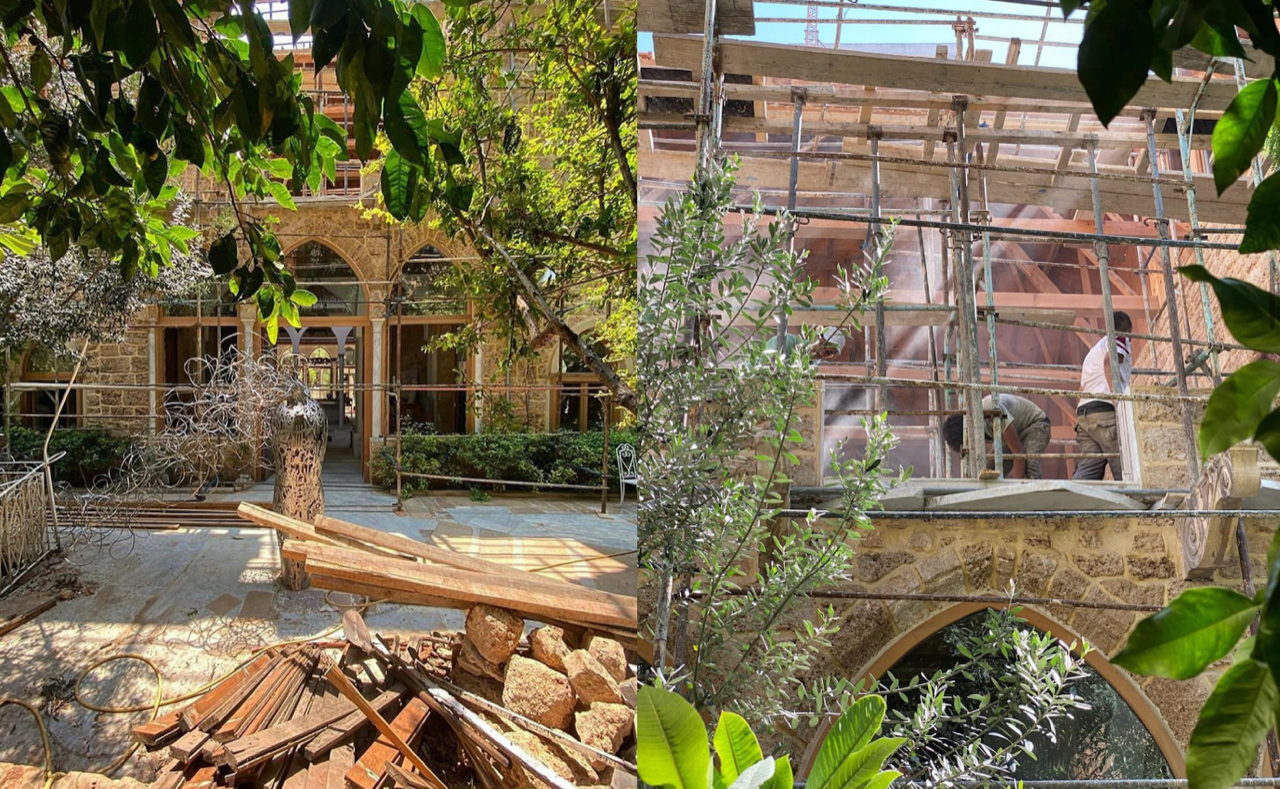 The boutique hotel, Arthaus Beirut, was scheduled to open on August 4, 2020, the day of the tragic explosion in Beirut which killed 200 people, left 6,500 injured, 300,000 homeless and more than $10bn in property damage.

Driven by a deep sense of responsibility to help rebuild the city, which is so rich in culture, the owners of Arthaus Beirut, Nabil and Zoe Debs have brought together over 54 artists for an exhibition, “Beirut Year Zero”. Over 80 artwork pieces will be exhibited in the hotel from the October 2. The exhibition is curated by the Arthaus owners, Marine Bougaran and Pascal Odille, selected lots will be sold at the exhibition and the rest will be shipped at a later stage to London in order to be sold by a leading auction house.

The title of the exhibition “Beirut Year Zero” is borrowed from Rossellini’s 1948 film, “Germany Year Zero”, a portrait of an obliterated Berlin seen through the eyes of the ‘real people’ in a failed state. The Social-Realist movement of the time corresponds perfectly to the current reality in Beirut post economic crisis, Covid19 pandemic and the devastating explosion. There has been a tremendous response from supporting artists both local and international, who have pledged pieces for the collective exhibition in support of the Lebanese people.

Despite the predominance of visual art, music will also be of importance:

On opening night, there will be first be a string quartet concert given by Beirut Chant and later on a short recital by the world class pianist Doctor Antoine Karam. A surgeon at CMC Hospital in Hamra Beirut,  Dr. Karam has been working day and night since the explosion to help the thousands who have been wounded. World class composer and artist Zad Moultaka has written an original music composition to accompany his paintings and light installation.

In the two days following the opening night and in coordination with Arthaus, Gouraud Street will be closed to circulation to allow a street exhibition and street concerts by ‘Gemmayze Stairs’, with the aim of bringing life and hope to the neighbourhood.

The exhibition will remain open to the general public free of charge for a defined period to benefit the community.

Nabil Debs comments “We are dedicated to helping the local community rebuild the city. The scale of destruction in Beirut is unimaginable, the exhibition is a beacon of solidarity and co-operation in the face of the disaster. It pays homage to the city’s people, its rich culture and its vibrant creative community.”

Located in the heart of one of the city’s most affected neighbourhoods, Gemmayze, Arthaus Beirut suffered significant damage. In the face of adversity, the hotel is under reconstruction with a planned re-opening date later this year.

A project of passion, art collectors Nabil and Zoe Debs have been working to turn their 18th Century ancestral home in to a 25- room boutique hotel. Art is the cornerstone of Arthaus Beirut, which is a cultural hideaway in the city for artists and intellectuals from all disciplines in the world. A place where artists, thinkers, designers and artisans can showcase, debate, exhibit or meet like-minded souls.

The auction house for the charity auction is to be announced, 50% of all the proceeds will be donated to the Lebanese Red Cross and 50% will be given to the participating artists in support of the creative community.

The donations to the Lebanese Red Cross will contribute to direct financial assistance to 10,000 of the most vulnerable families affected by the Beirut Port explosion, and to the national free ambulance and blood transfusion services which saved so many lives immediately after the disaster.