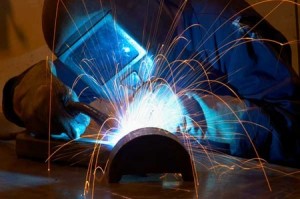 An upcoming trade event for the steel fabrication and metal working industry is looking at leveraging rising demand from core sectors of the industry in the country and the region.

Experts point out that UAE’s prudent economic policies aimed at increasing diversification have resulted in key sectors like construction, manufacturing, infrastructure, oil and gas and pipelines maintain positive growth levels despite a decline in oil prices.

This has rubbed off positively on the regional steel fabrication industry, which is now looking at acquiring cutting-edge equipment, advanced technologies, new products and applications for all their metal forming, fabricating, welding and finishing needs.

The 12th SteelFab 2016, which is set to be held at Expo Centre Sharjah from January 17th to 20th, thus assumes significance for the industry and is set to become the best sourcing and gathering point for fabrication units from across the region, and beyond.

“The low oil prices notwithstanding, GCC countries are spending a record amount on infrastructure and capital projects planned and under way in 2015. The core sectors, which are direct beneficiaries of this diversification push, are expanding fast with new projects, expansions and investments,” said Saif Mohammed Al Midfa, CEO, Expo Centre Sharjah, emphasising that the main demand drivers are on a strong footing.

As proof of the success of the government’s diversification programmes, the non-oil sector’s contribution to the UAE’s gross domestic product now stands at 69%, leaving only about a third to the oil sector.

According to a recent study, GCC countries are spending an estimated US$ 172 billion on infrastructure and capital projects in 2015, the highest on record to date. Among the other core sectors, the manufacturing sector is set to grow at a CAGR of 4.32% over the next five years, with the total investment in GCC jumping from US$ 222bn in 2010 to about US$ 380bn in 2014.

The construction sector is also on the rise, with the total value of contracts in 2015 standing at US$ 194bn. The pipelines industry is also expanding fast, with around US$ 18bn investments being pumped into the sector over the next four years. The GCC is also expected to add more than 21,000 km to its current pipeline network over the next five years, which is about 14% of the global planned pipeline network of 161,000 km.

“The requirements are going to be quite varied from different sectors, and the special focus areas, pavilions and other segments at SteelFab will help the industry in zeroing in on the right equipment and technology they need quite easily,” added Mr. Midfa.

Aimed at catering to these rising requirements, SteelFab 2016 will also expand in a big way. One of the major additions to the show will be a new event, Fasteners World Middle East, which will be a dedicated trade fair for the fastener and fixing industry.

The show will also see the launch of two special focus areas, Stainless Steel and Wear Resistant and Hard Facing Cladding, while the regular special focus areas, such as Welding and Cutting, Machine Tools and Pipe and Tube Machinery along with the three special segments of Steel-Tech, Fabricators Pavilion and Steel Showcase will continue.

The exhibition timings will be from 10 a.m. to 7 p.m. daily. Admission is free and restricted to trade and professional visitors only.