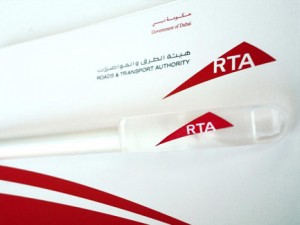 The Roads and Transport Authority, ”RTA”

The Roads and Transport Authority, RTA, has recently honoured scores of its workers operating in construction, service and traffic projects in Dubai emirate.

The move comes within the framework of the RTA celebrations of International Workers Day, which underlines the significant societal role they play as key partners in achieving the development drive.

Yousef Al Ridha, CEO of RTA Corporate Administrative Support Services Sector, reiterated the keenness of the RTA with its various agencies, to honour workers who are considered the mainstay of the community and development. He pointed out that this annual celebration stands out as a clear testament demonstrating the role of shared responsibility in promoting the principle of social solidarity among all community segments.

Yousef added, “This year’s celebration comes as part of the ‘With You’ programme, which is one of the RTA’s social responsibility programmes.