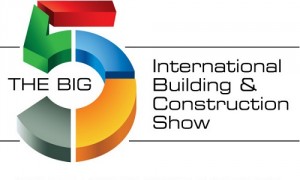 “The show, which attracted over 3,000 exhibitors, was an outstanding venue to showcase our portfolio and enhance our access to the regional and international markets,” said Saud Al Mazrouei, Director of HFZA and Sharjah Airport International Free Zone (SAIF Zone).

“The region is seeing nation-wide transformation in construction innovation. We interacted with exhibitors from Saudi Arabia, Iran, India, Oman, Qatar, Kuwait, Bahrain, Egypt, Italy, Germany, Spain, Greece and the UK. In addition, we held a series of meetings with potential investors from Europe, America, Asia and the Middle East,” he added.

Al Mazrouei mentioned the important role of free zones to promote the growth of non-oil economies in Sharjah, saying that since the number of large-scale developments in the GCC region has been increasing, free zones can play a big role in it especially in construction and building.

According to some statistics, trade through UAE free zones increased 7% year-on-year in the first half of 2014 to $73 billion, while imports through free zones also expanded by 10% to $41 billion. In addition, direct exports and re-exports from free zones have increased by 5%, to around $3 billion and $28.8 billion respectively.

HFZA’s year-on-year performance is in line with the vision set for the free zone to be a growth engine of the local economy as Hamriyah Free Zone today houses over 6500 enterprises from across 157 nations, attracting foreign investment from more than 500 industry verticals in the key sectors like oil & gas, petrochemicals, maritime, steel, construction, and food.