The UAE government has taken innumerable measures in the last five years towards making the country more sustainable. Lorraine Bangera analyses the role of the construction industry in this transition towards a smarter and greener state 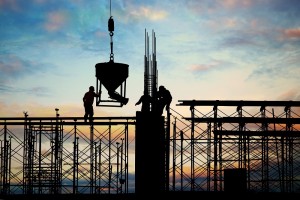 Two cities in the UAE ranked top in the region by Arcadis’ inaugural Sustainable Cities Index. The index, conducted by the Center for Economics and Business Research (Cebr) in UK, ranked 50 leading cities in the world. Dubai tops the ranking in the Middle East with the 33rd place, immediately followed by Abu Dhabi.

Today, Dubai is moving towards the smart city concept, which was emphasised in this year’s Government Summit 2015 held in early February.

HE Saeed Mohammed Al Tayer, MD and CEO of Dubai Electricity and Water Authority (DEWA) addressed the summit with specific pointers on how to evolve organically towards sustainability and smart living. Discussing his plans for developing Dubai as the city of the future, he says, “We intend to make Dubai the smartest city in the world within three years. The city of the future is smart, integrated, connected and uses its resources sustainably.

“One of the key elements of smart cities is the close cooperation of all stakeholders, including urban developers, water, electricity, communications, transportation, educational, and healthcare service providers, and other government and private organisations. We shouldn’t focus solely on the infrastructure as the main element in the urban planning process.”

Professor Kent L. Larson, Director of City Science at Massachusetts Institute of Technology (MIT), says that cities of the future will be compact, diverse and walkable communities much like the compact neighbourhood concepts of the medieval period. The professor, an expert on new urban housing and vehicles, spoke at the Government Summit and emphasised that the past holds the secret to the future, and urged governments to design cities for people, and not for machines.

Larson identified density, proximity and diversity as three key factors to create an innovative society that enjoys a good quality of life. He says that new urban spaces based on this concept will pave the way for innovation and create cities that are smart, green and sustainable.

Construction plays a major role in the transition towards smart cities and sustainable living. According to Shivram Mukherjee, Consultant at First Climate, “Sustainable construction is the efficient use of raw materials, which includes use of eco-friendly materials for construction.”

He elaborates saying that using eco-friendly raw materials directly reduces the waste of raw materials which eventually reducing carbon footprint. This he says has a “direct impact in overall sustainability of the country.”

The construction industry is not just restricted to using sustainable raw materials, but could contribute in various ways such as incorporating green measures in design, construction or operations of a building.

Amol Kotwal, Director of Energy & Environment Practice at Frost & Sullivan, says, “Contribution to sustainability could start from urban planning and include initiatives and efforts such as water treatment, environment and waste management, thermal insulation, energy conservation.”

In the UAE, he says, an efficient air-condition system, the use of LED lighting, and the use of solar water heating systems are some areas that construction companies are working on for developing sustainable buildings.

The UAE government have taken numerous measures to join in the sustainability bandwagon.

According to Kotwal, “the Green Building Standards in Dubai and Estidama’s Pearl Rating System (PRS) in Abu Dhabi have made an effective change in UAE’s construction industry.”

Smith agrees with Kotwal about the positive impact of the regulations. He says, “Such Legislative mandates are rapidly changing the shape of the built environment throughout the UAE.”

He explicates that these rating systems and regulations are not only improving the standards of sustainable design and construction practices throughout the industry; they are also acting as a platform for the delivery of higher-quality real estate assets for developers and end-users.

The regulations, according to Smith, raises the “profile of sustainability” in the construction industry and successfully “grabs the attention” of developers, designers, contractors and facility managers.

In contrast Ulysses Papadopoulos, Founder & Managing Partner at Green Emirates Consultants, thinks there is a long way to go. He says, “I think they haven’t reached as far as the government was hoping they would when they set the standards up.

He thinks it is more important for the private sector to take an action towards sustainability. He says, “The private sector in the UAE should not be waiting for the government to launch green building standards.”

He adds, “If they take sustainability seriously, they could make remarkable changes themselves.  “In fact some of the green building councils in the region have actually created their own standard called the Net 0 buildings.”

Simple steps taken by the construction industry could leave a huge impact in sustainability, but most companies working in the sector often assume going ‘green’ would be costly.

“’Switching or choosing green is expensive’ is a myth,”Papadopoulos says. “Most construction companies are used to a safe method.

“They need to be educated about sustainability. Using certified green products is not more expensive or complicated to explore. Most people also think green suppliers are hard to find, but if you look at our directory there are over a 100 suppliers.”

“Awareness is key,” He says.

Smith says that even though the initial upfront design and construction costs for green buildings are typically more than a standard building, when you take into consideration the operational costs across the lifecycle of a building asset, tangible benefits are often quickly realised.

A number of diverse factors such as a building’s location, materials, design, size, function, technologies and operational practices often influence the overall building’s costs and performance. He adds, “It is therefore imperative that when developers are conducting feasibility assessments, they take into consideration the benefits of green building across its entire lifecycle.”

With the lack of awareness and the myth of unreasonable expenses, the industry seemed to be blanketed with ignorance. Ivano Iannelli, CEO of Dubai Carbon, says he understands where the ignorance comes from.

He says, “Most often we tend to do what is easy as opposed to what is efficient. We are humans, applying change is difficult when we are comfort.

Sustainability is not convenient, he says it is “the challenge of achieving more by doing less.”