The White House said on Monday that it is undeniable that chemical weapons were used in Syria and that there is little doubt that the Syrian government used them.

President Barack Obama, said White House spokesman Jay Carney, is evaluating the appropriate response to the use of chemical weapons but has made no decision on how to respond. Carney had no time frame for when Obama would decide. 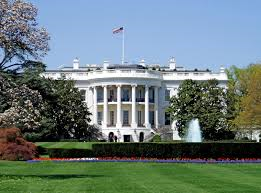 “There is very little doubt in our mind that the Syrian regime is culpable,” said Carney. He said it is undeniable that the weapons were used in what he called a violation of an international norm.