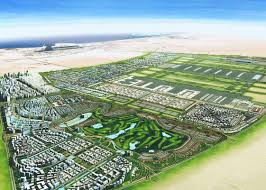 In the August issue of DCAA’s monthly bilingual newsletter, Via Dubai, the DCAA Director General, Mohammed Ahli, said a growth rate of 8.6 per cent of aircraft movement clearly suggests that Dubai International Airport and DWC are on a curve of exponential growth that will see a massive surge in aircraft movement in already-crowded skies. In the first half of 2013, the aircraft movement increased by 7.4 per cent compared with the corresponding period last year.

Dubai International, already the world’s second busiest airport for international passengers, is projected to handle 65 million passengers this year- it posted the highest number of passengers -32.6 million – in a six month period in the history of the airport, which opened in September 1960.

More details about the DCAA’s Strategy Plan 2013-2015, prepared as per the directives of Dubai Executive Council and approved by H. H. Sheikh Ahmed bin Saeed Al Maktoum, President of DCAA and Chairman of Dubai Airports, has been revealed.

The authority wants to see 20 new destinations from DIA this year, 22 next years and 24 in the following year. The total number of new scheduled airlines and destinations achieved in 2012 was 12 and 20, respectively, which are above the set targets by DCAA for that year – 8 and 13 respectively. Also, the 2012 figure represents an increase of 100 per cent and 185 per cent respectively, as compared to 2011. Dubai International Airport serves more than 145 airlines flying to more than 260 destinations across six continents.

Sheikh Ahmed bin Saeed Al Maktoum said: “The strategic projects will eventually lead us to more success and achieve our goals in the challenging race. Dubai International Airport had the stellar performance in the first half of 2013. The results are beneficial to one and all and could not have been achieved without the consistent efforts of all those working in the civil aviation sector in the Emirate of Dubai.” Aviation’s contribution to Dubai’s GDP is expected to reach AED165 billion, which is equivalent to 32 per cent, up from 28 per cent recorded in 2011.

In the same issue, Colm McLouglin, Executive Chairman of Dubai Duty Free (DDF) revealed that the revenues of the world’s biggest airport retail operations would reach US$3 billion by 2020. In its history, DDF has never had a year where sales haven’t increased. Even in 2009 – the year of global recession – sales increased by three per cent.

DDF’s last year turnover was US$1.6 billion and this year it expects sales of AED6.6 billion. He disclosed that DDF will have a 2,242 square metre facility at the DWC which is due to commence passenger operations from October 27 this year. DDF’s total staff strength is expected to rise to over 7600 and its retail space at the Dubai International Airport will be in excess of 34,000 square metres by 2020.

The edition has exclusive interviews with Randy Tinseth of Boeing who says the UAE is among the Top 5 commercial aviation markets in the world, while Abdul Wahab Teffaha of Arab Air Carriers Organisation (AACO) argued that Arab carriers will be exposed to unfair liabilities due to the recent EU Court ruling on compensation to passengers for flight delays.