United Development Company (UDC) is considering building a new road to connect man-made island, The Pearl, Qatar with the rest of Doha in bid to ease traffic congestion. 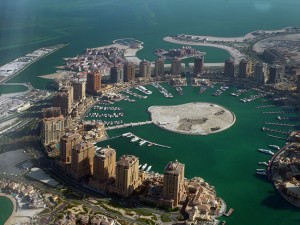 The developer has launched an engineering study for the mainland link in co-ordination with the Ministry of Transport and Communications and has already hired consultants to study feasibility of the project.

The number of residents and visitors entering the Island on a daily basis has grown to the point that there are now an estimated 30,000 vehicles using a single connection, a number that will continue to climb as new properties are launched, UDC said in a statement.

Contributing to the traffic congestion is the ongoing Lusail Expressway and metro infrastructure works, it added.

The existing highway connecting The Pearl-Qatar has four lanes running in each direction.