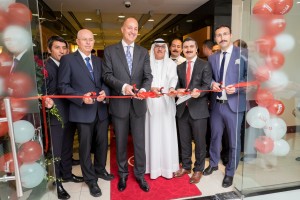 Turkish Airlines opened its new independent office in Abu Dhabi folowing increasing demand from the UAE capital, with nearly 4 per cent growth in passenger traffic reported in 2014. This further builds on the momentum that Turkish Airlines is recording across its Middle East network, as well as other global destinations.

The new sales office, located on the 4th Floor of Abu Dhabi Trade Center, Abu Dhabi Mall, East Tower, was recently officially opened in the presence of HE Mustafa Levent Bilgen, Ambassador of Turkey to the UAE and other diplomats, key travel partners, members of Turkish Airlines Corporate Club and senior representatives of the airline, who provided an overview of the airline’s recent growth and planned expansion.

Speaking on the occasion, Mehmet Akalin, General Manager for Turkish Airlines in Abu Dhabi stated: “We have witnessed a significant increase in travel from the Emirate because passengers are very keen to use Istanbul’s strategic position between East and West to transit to onward destinations in Europe and the Americas.”

The highlight of the 400 sq. m. office is that it has a special Majlis area where customer service representatives can host Abu Dhabi based customers in privacy to cater to their travel needs. This is the first such initiative by Turkish Airlines in the region.

Abu Dhabi is increasingly becoming an important destination for Turkish Airlines, which now operates four weekly flights from the Emirate with the Airbus 330 aircraft, connecting travellers to 274 cities globally, across 110 countries. This is the largest country network for any airline globally.

For the fourth year in a row, the airline has won the Best Airline in Europe from the Skytrax World Airline Awards.