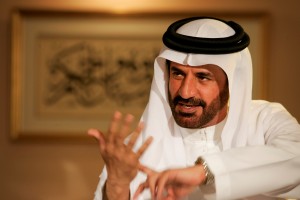 The UAE will take an important step towards boosting trade and transport links with its neighbouring countries through the introduction of a customs transit system which will be put under the spotlight for government officials and industry leaders in Dubai next week. The TIR (International Road Transport) System, which reduces the time trucks spend at frontiers from days to hours and is expected to be introduced in the Emirates before the end of this year, is the subject of a three-day workshop, hosted by the Automobile and Touring Club for the UAE, getting under way on Sunday.

Experts from the International Road Transport Union (IRU) will use the event to highlight the effectiveness of the highly computerised TIR system, with all seven customs authorities in the UAE now committed to its introduction. Sharjah Customs and Umm Al Quwain Customs will on Monday formally sign agreements with the ATCUAE to work together to introduce the TIR system. The ATCUAE has previously signed similar agreements with the customs authorities in Abu Dhabi, Dubai, Ras Al Khaimah, Ajman and Fujairah.

ATCUAE President Mohammed Ben Sulayem said: “The introduction of the TIR system will be a milestone in the development of the UAE’s land transport sector, which has a key part to play in the growth of the national economy.

“We’re grateful for the support we have received from the Federal Customs Authority, and of course the customs departments in all seven emirates, and together we are working to bring the TIR system into full operation by the end of the year.”

Sulayem will be among the speakers during the opening session of the workshop on Sunday morning along with Dr. Abdulla S. Al Katheeri, Executive Director, Land Transport, Federal Transport Authority – Land & Maritime, and Umberto de Pretto, the IRU’s Secretary General. Among more than 140 government officials and senior customs and transport industry figures present will be Khaled Ali Al Boustany, Acting Director General, Federal Customs Authority, as well as representatives of the Ministry of Economy, CID, the Federal Authority For Land and Maritime Transport and leading transport operators.

In addition to facilitating trade and transport links by road, the TIR system effectively protects revenue for each country through which goods are carried by ensuring taxes due are covered by an international guarantee.