Sharjah Islamic Bank’s ordinary general assembly meeting has approved a cash dividend of 10 percent of the nominal value of the shares, following the bank’s announcement of a net profit of AED409.9 million in 2015. 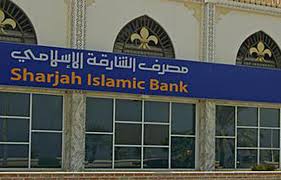 This represents an increase of nine percent, compared to the AED 377.2 million profit reported in 2014.

The announcement was made during the Annual General Assembly, which was held recently in Al Majara Hall at the Sharjah Chamber of Commerce and Industry, SCCI. The meeting was chaired by Abdul Rahman Al Owais, Chairman of Sharjah Islamic Bank, who congratulated shareholders and employees on the 40th anniversary of the bank, in the presence of members of the board of directors, the executive management, shareholders and senior officials from the UAE’s banking and financial sector.

Al Owais said, “SIB’s positive financial results in 2015 fit perfectly with our ambition and aspirations. We hope to maintain an upward trajectory of growth. The financial results for 2015 are consistent with the goals and strategies approved by the bank’s board and reflect the strong position and financial performance across all the bank’s activities. The strong financial position and investor confidence were emphasised by the bank’s ability to maintain a BBB+ rating by international credit rating agencies.”

This positive trend enabled the bank to win numerous local, regional and international awards in 2015, most notably was the prestigious Mohammed bin Rashid Al Maktoum Business Award. The bank has also received awards for Best Islamic Bank in the Sukuk (Islamic Bond) structuring category of the Arab Banking Excellence and Achievement Awards, in Egypt, Best Professional Practices in Internal Audit in the UAE, and Best Call Centre Award in the Best Interactive Voice Response category in the UAE.

During 2015, Sharjah Islamic Bank issued a US$500 million, five-year sukuk as part of its US$3 billion medium-term notes sukuk programme, thus enhancing the bank’s position in this field. This was SIB’s fourth sukuk issuance since 2006, thereby supporting its strategic objectives to diversify sources of funding. As a result, sukuk payables reached AED 5.1 billion by the end of December, 2015, compared to AED3.3 billion at the end of 2014, representing an increase of AED1.8 billion or 55.6 percent.

Provisioning net of recoveries reached AED350 million compared to AED246.5 million in 2014 with an increase of AED103.5 million or 42 percent, as the bank continued improving its asset quality. The 2015 provisions include AED205 million specific provisions on non-performing customers and AED153 million in general provisions, equivalent to 1.54 percent of total customer risk weighted assets. This is above the central bank requirement of 1.5 percent.

Sharjah Islamic Bank’s strong performance was reflected positively on its financial indicators. Basel II Capital adequacy ratio stood at 21.99 percent, by end of 2015, far above the UAE Central Bank minimum requirement of 12 percent. The efficiency (cost/income) ratio also improved from 40.69 percent, in 2014, to 37.61 percent in 2015.

Abdul Rahman Al Owais said, “We are proud of the bank’s achievements in 2015 and look forward to more success in the year to come. The bank will continue its customer centric approach using the latest banking technologies to meet our clients’ needs and enhance their banking experience. We also strive to create added value and sustainable growth in a highly competitive environment for the mutual benefit of both customers and shareholders.”