Real Estate Sector Slow Down is “Correction Not Crash”

The current slowdown in the UAE real estate market should be seen as a minor correction as opposed to a major crash, according to a Middle East property expert. 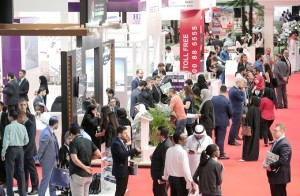 David Dudley, International Director at JLL MENA, said that while the impact of reduced oil prices on the economy will lead to a short-term slowdown in demand, this is occurring at a time of minimal supply completions leading to relatively stable market conditions.

“The market experienced a major upswing from 2013 to 2014, led by the residential sales market, with prime residential prices growing at 25% per annum.  This pace of growth was unsustainable,” he said.

“The current phase is a slow-down and a relatively minor correction, rather than a major crash – with reduced supply coming through at a time of weak demand, allowing underlying dynamics to catch up with the pace of value growth.”

Speaking ahead of his participation in the Abu Dhabi Market Overview, which runs on the opening day of Cityscape Abu Dhabi (12 April), Dudley believes the current shift is a sign of the real estate market maturing and that opportunities still exist for real estate development and investment focusing on end-user demand.

Cityscape Abu Dhabi will mark its 10th anniversary this year when it returns to the Abu Dhabi National Exhibition Centre from 12-14 April.  The UAE capital’s largest property showcase gathers local, regional and international exhibitors and high profile speakers, amid a shift in the global real estate market.

Dudley added: “While liquidity has tightened, funding is still available for project finance and corporate level lending – it is just more selective. The good news is that demand growth continues from projects that started when oil prices were strong. Developments such as the airport expansion or the growth of Etihad Airline have an economic multiplier effect, ensuring continued GDP growth, albeit at a reduced pace.”

“Market demand may be softening, but the economy is still predicted to grow, so we are confident that the industry leaders will see the event as an opportunity to develop new tactics and discuss alternative investment models.”

The economic upturn and the predicted stable property market growth are mirrored by marginal increase in the size of the exhibition.

Molman added: “We are pleased with the demand for exhibition space, making it the largest edition in five years covering halls 3-6 and Atrium of the Abu Dhabi National Exhibition Centre (ADNEC).”

Cityscape Abu Dhabi has established itself as the UAE capital’s largest and most influential property investment and development event over the past 10 years. With the hundreds of developments from Abu Dhabi and overseas being showcased, the event brings together investors, developers, government officials and real estate professionals.